The Road To 270: The Electoral College Explained 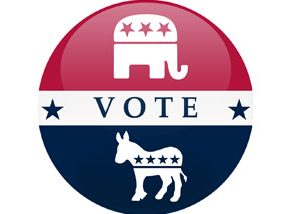 The 2016 Presidential Election provides plenty of material for the media, newspapers, and blogs to cover. It’s never a dull moment; from Secretary Hillary Clinton’s email scandal and her “pay-to-play” scheme via the Clinton Foundation, to businessman Donald Trump’s highly coveted tax returns and alleged wandering hands.Â But, the candidates’ campaign missteps and personal issues are not the only things that complicate this year’s election process. The Electoral College’s process and the road to 270 electoral votes is no easy task for either candidate. It’s not easily understood by voters, as well.

What is the Electoral College Process?

How Does It Work?

The Electoral College process begins by selecting electors in each state. There are 535 electors comprised of the total number of U.S. House of Representatives (435) and U.S. senators (100).

The 23rd Amendment to the U.S. Constitution enacted a provision to grant three electors to the District of Columbia, bringing the total number of electors in the Electoral College to 538. Each of the 538 electors has one vote each. A presidential nominee needs to attain a majority of 538 electoral votes to win the election, which is 270 electoral votes, or half of the 538 votes plus one.

Candidates aggressively campaign to win voter confidence to become the Commander-in-Chief. However, a drawback to the Electoral College process is that a candidate could win the majority of votes, which is known as the popular vote, but lose the election because they fall short in attaining the required 270 electoral votes.

With each breaking news story in the presidential election, the Electoral College map changes. Currently, there are more than 100 electoral votes that are deemed a toss-up for either candidate to win on election night. While some states are solid blue with Democratic electoral votes or red with Republican electoral votes, 11 swing states are not conclusive. Rather, these states can lean to either blue or red, and they will ultimately decide the next president.

Looking back at the 2012 Presidential Election, on October 26, 2012,Â the electoral map reflected 201 votes for President Obama and 191 votes for Mitt Romney, with 146 electoral votes up for grabs. The illustration below is a snapshot of the race at that time.

Once the final election results decide the winner, there are a series of legal steps to ratify the will of the people’s choice for president and vice president. Essentially, based on state rules, electors meet in their respective states to cast their votes for the candidate that won the electoral votes. The meeting usually takes place in the state capitol.

A Certificate of Ascertainment (COA) is completed by state officials, and each state has a unique design and format of the document.Â (To view what your state’s COA looks like click here.)

The COA must include the following information:

All the COAs are sent to National Archives and Records Administration. They are reviewed by theÂ legal staff of the Office of the Federal Register. In the January following the election, the COAs are counted by Congress and ratification is concluded ahead of the presidential inauguration.

The whole process is lengthy and tedious, but an intricate part of our democracy–and it only happens every four years.

You can build your Electoral College map here, and change it as you see fit, from now until election night. In the meantime, have fun tracking the election and remember to vote on November 8.

This article was written byÂ John Burnett, anÂ Urban Financial Freedom Fighter. John has over 20 years of executive experience at some of the world’s top banks and business information companies. He is an adjunct professor at Hampton University and Metropolitan College of New York. John is a strategic advisor toÂ New York Republican State Committee.