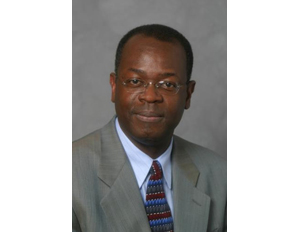 When you think of IBM’s supercomputer Watson, the name Rodney C. Adkins, may not come to mind. However, this technology pioneer was one of the principals behind creating the parallel processing servers that comprise Watson.

Adkins was the senior vice president of IBM’s Systems and Technology Group at the time of Watson’s build. He was responsible for all aspects of IBM’s semiconductor, server, storage and systems software businesses as well as its Integrated Supply Chain and Global Business Partners organizations–a $20 billion business segment of IBM.

He was IBM’s first African American senior vice president and corporate officer. Throughout his more than 30-year career at IBM,Â Adkins’s major contributions included assisting with the development of the personal computer, launching the IBM ThinkPad mobile PC, leading IBM’s POWER business to become the dominant player in the UNIX market, and helping to create IBM’s portfolio of Smarter Planet solutions.

Currently, he is the president of 3RAM Group L.L.C., a privately held company that specializes in capital investments, business consulting, and property management.

Adkins, who earned a master’s degree in electrical engineering, has received many industry accolades. He was inducted into the National Academy of Engineering in 2005, which is one of the highest national recognitions for the engineering profession. His life story is archived in The HistoryMakers and he is a lifetime member of the National Society of Black Engineers. In 2001, NSBE honoredÂ him with the Golden Torch Award for Lifetime Achievement in Industry. In 2002, FortuneÂ named Adkins one of the 50 Most Powerful Black Executives in America.

Black Enterprise magazine chose Adkins as its 2011 Corporate Executive of the Year. Adkins has been awarded honorary doctoral degrees from the Georgia Institute of Technology and the University of Maryland Baltimore County.

A philanthropist who also supports STEM (science, technology, engineering & mathematics) related activities, he and his wife Michelle are founding donors of the new National Museum of African American History and Culture.

Rod Adkins’s incredible achievements in technology and business will be honored during his appearance at Black Enterprise’s TechConneXt Tech Summit.