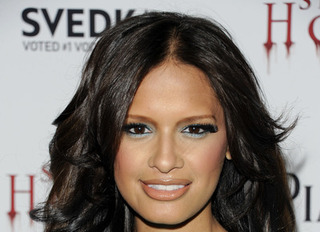 Terrance J isn’t the only 106 & Park alum to land a gig on a well-known show, his former co-host Rocsi Diaz is joining Entertainment Tonight as a correspondent.

The pint-sized media personality announced her new gig via Twitter. Terrence J (Jenkins if you will) is the new co-host for E! News.

Rocsi and Terrence J began hosting BET’s popular 106 & Park seven years ago and taped their final show earlier this year. The new hosts for the show include rapper Bow Wow and several others.