Say It Ain't So! Rosario Dawson and Sen. Cory Booker No Longer a Couple But Remain 'Good Friends' 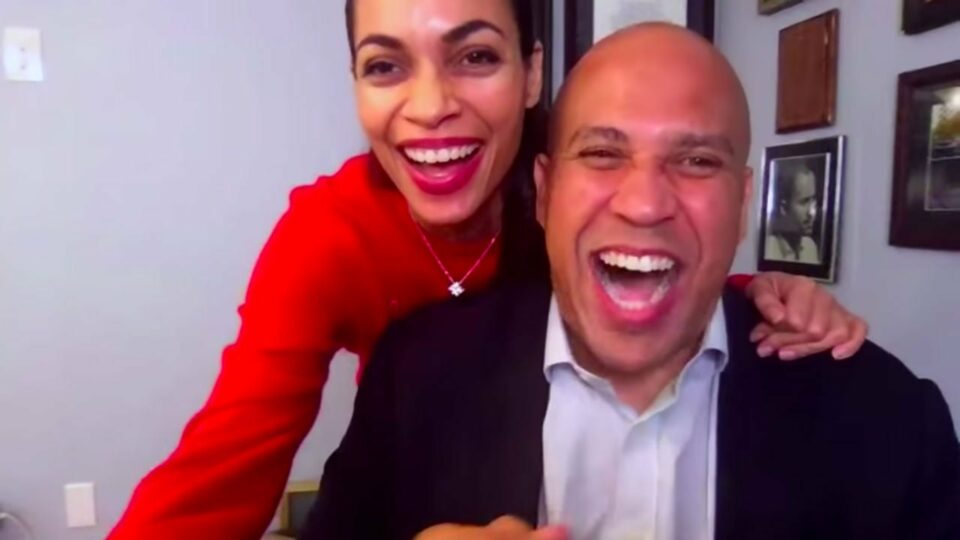 After announcing a relationship with actress Rosario Dawson as he made a run for the presidency of the United States, Senator Cory Booker and the actress are no longer a romantic couple.

According to People, the New Jersey senator and the Sin City actor were dating for more than two years as a source close to Booker confirmed that the pair were no longer dating. They do however plan to remain good friends.

The two initially met at a political fundraiser for a mutual friend in the summer of 2018. It took the couple several months to actually start dating.

In 2019, in an interview with The Washington Post, the passionate New Jersey lawmaker who was also a BLACK ENTERPRISE Modern Man revealed that he had a difficult time asking her for her phone number.

“I mean, gosh, that night we talked for hours and hours,” the 52-year-old Booker said, “I had trouble asking for her phone number … I think I said something really stupid like, ‘Uh, how would I get in touch with you?’ And she mercifully said something like, ‘Oh, you want my phone number?’ And my insides were like, ‘Hell, yeah!’ ”

The next year in May, Dawson, who is from New York City, moved into the Newark, NJ residence of Booker as he was campaigning to become the presidential nominee for the Democratic party. The New York Post reported that Dawson sold her multi-million dollar house on the West Coast and moved to live with him after the two hadn’t been in each other’s company following the start of the coronavirus pandemic.

“I’m going to New Jersey. I’m moving to Newark,” Dawson told Kevin Smith at the Mooby’s Pop-Up in Los Angeles. “It’s time. We were thinking about moving in together anyway, but especially during all of this, it’s been really intense.”

Although the news of their relationship ending is officially being reported now, a source initially informed Marie Claire that the two had already broken up. The “exclusive” source who was allegedly close to the couple stated that Dawson and Booker broke up last summer but remained friends. They were together for approximately three years but “the distance made it difficult” for the two to make it work.