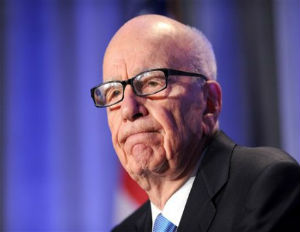 The owner of Fox News, Rupert Murdoch, tweeted on Friday that New Jersey Governor Chris Christie needs to “re-declare for Romney or take the blame” for Obama’s re-election, according to Salon.

Gov. Christie and President Obama have been working together in helping the victims of Hurricane Sandy, and Christie has been heaping on the praise for President Obama’s handling of the crisis.

Until now, Christie had been one of presidential hopeful Mitt Romney’s most vocal supporters,Â even giving the keynote address at this year’s Republican National Convention. But that was then. And now Murdoch thinks Christie “must re-declare or take the blame for the next four dire years.”