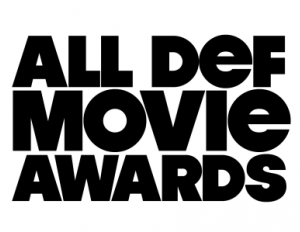 On Feb. 24, All Def Digital, Russell Simmons’ latest venture, is having the first-ever All Def Movie Awards at the TLC Chinese 6 Theater in Los Angeles. Comedian Tony Rock is set to host the event, showcasing the video programming brand which caters to hip-hop and youth culture and its take on the hottest talent of color in film and Hollywood entertainment.

With the #OscarsSoWhite dominating conversations about the diversity of Academy Award nominees and in Hollywood’s influential ranks as a whole, this award show is taking a definitive stance in diversifying the playing field. Top films starring black actors are vying for one of the biggest awards of the night, Best Picture of 2015, including Beasts of No Nation, Chi-Raq, Concussion, Creed, Dope, and Straight Outta Compton.

“If you want something done right, you have to do it yourself,” Tony Rock said in a news release. “With that in mind I have teamed up–I guess I didn’t do it myself–with ADD to bring you the ‘all inclusive’, All Def Movie Awards. We’ll honor the entire movie-making process. Great acting, mediocre acting, as well as horrible acting. Soundtracks. Wardrobes. Maybe even craft services (the best part of the set). This is the award show Hollywood has been waiting for.”

Wins aren’t in the hands of an “academy,” but those of the ticket-buying, social media sharing public, who can vote for two categories: Best Picture and Most Quoted Movie. Votes can be made online through midnight today, Feb. 23.

Other awards will honor Best Actor, Best Actress, Best Director as well as Best Bad Muh F**ka and some pretty cheeky categories will be part of the night as well, such as Best Helpful White Person and Best Black Survivor in a Movie.

“I don’t expect a 90 year-old Academy member to see Straight Outta Compton or vote for it. I’m more concerned that in 2016 there continues to be a stunning lack of diversity in the studios, in the green light process, in the decisions of what films and television series get made, and what actors get chosen,” said Simmons, founder and chairman of All Def Digital. “This needs to be addressed institutionally. The All Def Movie Awards are not the black Oscars, but they could be. This will be a fun, entertaining and hopefully thought-provoking celebration of the uncelebrated.”

Admission to the event is by invitation only, but a select number of seats will be reserved for fans by lottery.

Cable network Fusion has forged a multiyear partnership with All Def Digital to be the exclusive broadcaster of the multi-platform news and satire platform, airing this year’s awards event concurrent with the Oscars on Feb. 28 at 7 p.m. EST. The network will re-air the event throughout the night. The network and All Def Digital are also working to build the awards into a seasonal franchise during the next few years, according to Deadline.

Who will win out with viewers? The Oscars or the All Def Movie Awards? Will you be watching?

Entrepreneurs Summit: Who Has the Best Small Business? We Need Names