WATCH: Russell Simmons Speaks Out about 'Radicalization' of Muslims 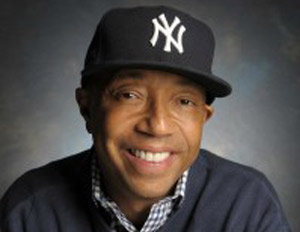 A usually zen Simmons gets fired up about public hearings about Muslim Americans (Image: Press)

Today, Congressman Peter King (R) of Long Island, New York, moves forward with his plan to hold public Congressional hearings on the “radicalization” of Muslims in America despite significant protests from fellow New Yorkers and those around the world and the web (so much so that numbers reportedly topped 20 million via social media and knocked Charlie Sheen off the #winning list for the day on Twitter).

Last Sunday, community leaders, activists and celebrities, including the ever-vocal Russell Simmons, held a public protest in New York’s Time Square as part of the “Faith Under Fire: Today I Am A Muslim, Too” rally.

In a candid sit-down interview with BlackEnterprise.com just one day after the rally, Simmons talked to The High Life host Tai Beauchamp about the dangers of these public hearings, why he felt it was important for him to speak up, and why Islamaphobia is a “cancer” in this country. See a clip from the interview below.