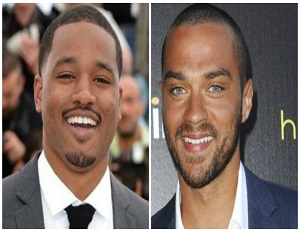 While some of black Hollywood continues to discuss plans of an Oscars boycott, a few notable celebrities are using their star power to give back in a major way.

Filmmakers Ryan Coogler, Ava DuVernay, actor/activist Jesse Williams and many others are opting out of the star-studded night to offer their assistance to the residents of Flint, Michigan. With a water crisis that has made headline news and a history of government oppression, the disaster in Flint is one that has been labeled by many as a racial genocide, with 60% of its population being black.

[RELATED: 5 Ways You Can Help the Water Crisis in Flint, Michigan]

“It’s a community that has suffered for quite a while, meanwhile local officials have looked anywhere but to them,” said Williams in a press teleconference Thursday. “With Blackout, we are giving the community a platform. We want to touch the mic to the community and let them offer their own story, but also offer some release.”

The free event, known as #JusticeForFlint, is put on by Blackout for Human Rights, which is a group of filmmakers, artists, activists and concerned citizens devoting their resources to address human rights violations in the U.S.

“I got started in the film industry with Fruitvale Station, which reflects this directly,” said Coogler. “We have young men and women having human rights violated by people who are supposed to be paid to protect them.”

Last month, Coogler, who is a founding member of Blackout, held an #MLKNow event in NYC honoring and connecting the work of Dr. Martin Luther King Jr., and other civil rights icons with today’s leaders in an effort to keep the conversation going around social justice. From that event, Coogler says the idea for Flint came about. Although #JusticeForFlint will take place on the same night as the Oscars, the 29-year-old filmmaker makes it clear that this has nothing to do with the Oscars controversy.

“It’s not about the Oscars,” says Coogler. “We won’t be asking questions about Oscars. We just want people to come out and show support for Flint.”

With toxic levels of lead being found in Flint’s water, leading to the possibility of long-term neurological damage in children, Coogler says any donations to #JusticeForFlint will go towards the medical needs of children who are affected.

To help out Flint residents, text “justice” to 83224 and be sure to catch the live stream of Sunday night’s event at 5 p.m. EST on Revolt TV.