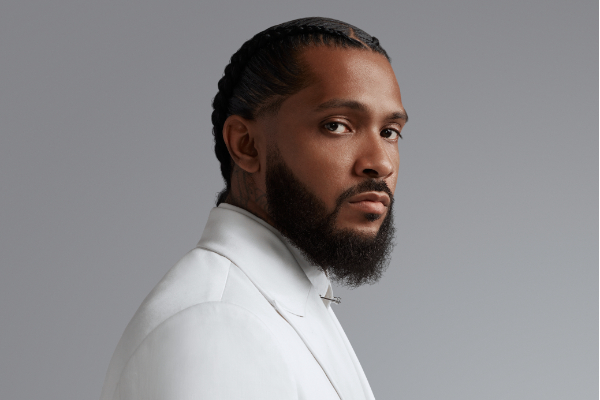 Ryan Henry, 9 Mag Tattoo owner, and star of VH1’s Black Ink Crew: Chicago appeared on Hip Hop & Enterprise to dish on the new season and all the drama that’s involved.

The Chicago native also opened up about his personal and career growth and what it took to become one of the most sought-after tattoo artists in his hometown.

“The longer you doing something like tattooing and practicing an art, the better you get,” Henry told BLACK ENTERPRISE. “So jumping into the game, and people been tattooing 10-20 years already, it’s like, what are you going to do to make noise?”

After launching “head first” into the industry, Ryan explained how he studied and applied himself to become one of Chi-Town’s leaders of the art form.

“I had to go head first into it, and then go 10 times harder than everybody else that was around to try to learn how to get better, faster, and learn more,” he explained.

“So I’m studying more, reading more. You can apply that to any and everything else that you’re doing.”

The new season follows the crew as they usher in a new era of the Chicago franchise and are learning how to navigate their altered landscape, in hopes of reaching increased heights of success in the tattoo industry. The 9 Mag team has grown since we last saw them and picked up a few former Loyal Ink members.

With an expanded crew back in the home of 9MAG, the team is positioned and ready for the next level and will either adapt or falter under the pressure. Ryan is hitting the reset button and severing old ties to make space for new opportunities.

After years of sharing his self-improvement journey on the show, Ryan is ready to get back on the market in hopes of finding love again. The father of two is focused on the expansion of 9MAG and the elevation of his brand. But, an unexpected turn forces the business owner to make an unthinkable decision.

“It’s always about growing and continuing and expanding any and everybody and you know I have an abundance of that,” Henry shared. “So I’ll never stop being that.”

Press play below to hear more about Ryan’s rise to the top of the tattoo game and how he plans to expand his business portfolio in the near future.