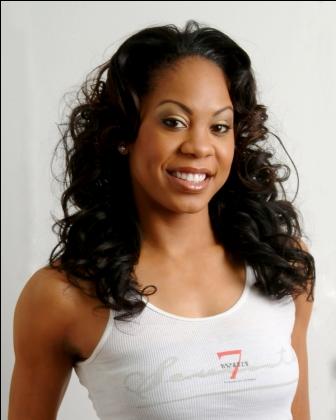 Two-time Olympic gold medalist, Sanya Richards-Ross, doesn’t intend to be defeated. Not as the world’s reigning 400m champion, not even when it comes to achieving the seemingly impossible work/life balance. This 25-year-old track & field athlete has already won Female Athlete of The Year–twice–and has been named Athlete of The Decade from 2000-2010 for excelling beyond our borders.Â  The Nike ‘Itâ€ girl was eager to chat with BlackEnterprise.com a bit about her career as an athlete, how she loves to give back, preparing for her next big run at the 2012 Olympics, and why she plans to slow it down a little after.

Black Enterprise.com: You started running at an early age. Can we say that you planned for the success that you’re enjoying today?

Richards-Ross: Yes, I’d definitely say that I planned for success. I started running when I was seven and I was always very good at track and field, but when I was 16, I kind of made a commitment to myself that I wanted to push myself and do whatever it would take to become one of the best. I was in high school at the time,Â and I started working out a lot. I’ve always been very determined, and planned to do really well at whatever I do, so I definitely think I planned for the success that I’m enjoying today.

When one aspires to be a professional athlete, should they start preparing early in life?

I think it’s different for everybody. It just depends on your goals and how you train.

With an athletic career, what is your version of the 9-5?

Even though I don’t work consistently from morning to evening, it definitely feels like a 9 to 5. Usually I do my weight training in the morning for an hour or two, and then I’ll have lunch before I head the track. I stay on the track for another hour and a half to two hours doing my workout routine. And then I work on flexibility and do thousand abs a night. Sometimes I get massages a few times a week, so I fill a lot of the day. Of course it’s very important for me to rest, so it feels like a full-time job.

And you’re currently training for the 2012 Olympics?

My main goal is to be ready for the Olympics of 2012, but I still have a full season this year where I’ll go overseas and compete in about 10-15 races, and then ultimately I hope to defend my world title Â in Korea.

You suffer from Behcet’s Syndrome, what is that exactly?

It’s an autoimmune disease that’s rare in America, and also rare in African-American women. For about four years, I’ve suffered from severe mouth ulcers and lesions, fatigue and joint pain. So it’s just been an obstacle that I’ve had to deal with. There have been times when it’s been really challenging to train or to compete because of the illness. But, it’s made me stronger, I think I’m a better athlete than I would have been had I not had this illness.

And to add to that challenge, you also recently fell and injured yourself correct?

Yeah, actually before I fell, I had a quad injury in April of last year while I was competing in a meet and I pulled my quad muscles. I tried to come back and compete in June when I fell and bruised my tailbone and twisted my ankle, so it was a rough 2010. But, I’m healthy now and training hard again, so hopefully I’ll have another full, successful season.

Is training very different when you have an injury?

Yes, the thing about having an injury and training is that it’s such a tough balance. You actually want to train harder, but you have to train less because you don’t want to make your injury worse by running too fast or running too hard or lifting too heavy. So I actually had to train less. When my leg did start to feel a little better, I was trying to push it more and more and I ended up injuring myself again. So it’s very difficult when you have an injury, especially mid-season when you want to recover from it and run well.

FacebookTwitterYoutube
← In the News: Want to Check Your Refund Check Status? Thereâ€™s An App For That ← Do You Have a Way with Words? Then Lift Your Voice!
×