Say What? LHHNY's Jim Jones Admits to Learning How to 'French Kiss' From Mother's Tongue 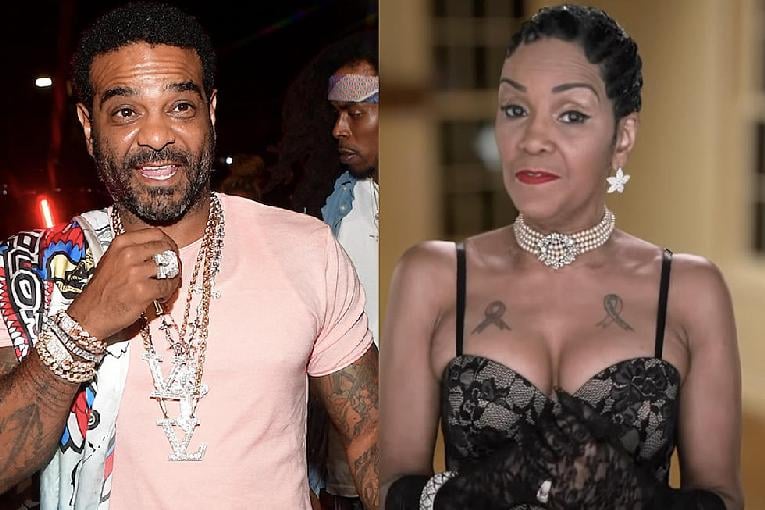 Harlem hip-hop artist and reality TV personality Jim Jones revealed a little tidbit on a popular podcast this week that he probably should have kept to himself.

On Thursday, the Love & Hip-Hop New York reality star had people scratching their heads when he revealed that his momma, Nancy Jones, showed him how to French Kiss first-hand by giving a young Jones an actual demonstration.

Yes, she put her tongue in his mouth and performed the act.

What started as an innocent conversation turned into a bombshell revelation that sent social media into a frenzy and further activated assumptions that Jones has experienced sexual trauma.

“My mom taught me how to kiss when I was younger,” Jones told Yee.

Yee then asked, “What was the instructions?”

Jones replied, “There wasn’t no instructions, she showed me with her mouth.”

To which a perplexed Yee responded, “She kissed you?”

“It’s my mother, what do you mean?” he said as if that’s a normal thing.

Jones added, “It’s my mother. … She showed me how to tongue kiss when I was younger, my mom was 17, she was a baby. Look at all the babies that’s having babies now and look how they act with their babies, it’s like they have a little sister or brother more than they have a child.”

After that video and podcast aired, social media went crazy. Many people who commented were not only shocked by his admission but most started to say that the behavior Mama Jones has displayed for years on the reality shows makes more sense now. Instead of being the protective mother, some have gone as far as accuse her of treating Jim more like a boyfriend.

Jones’ mother, Nancy, felt the heat and decided to speak up about what was revealed: “I’m not a nasty mother.”

The backlash was immediate. The Dipset rapper returned to his Instagram account to “set the record straight” as he claims he was joking about the way he learned how to kiss.

“Knock it off enjoy the laugh stop takin life so serious” he wrote on the post. He then blamed the circumstances surrounding his revelation on the media which took “something so simple” and turned it into a headline. He then wrote that his childhood was better than “urs” as he was “raised to b a respectful young man by nothin but queens.”

He pulled back on what he stated in the podcast in the video clip and stated that “for the record, it was a joke.” But it might have been too late since his momma already confirmed that she did it.