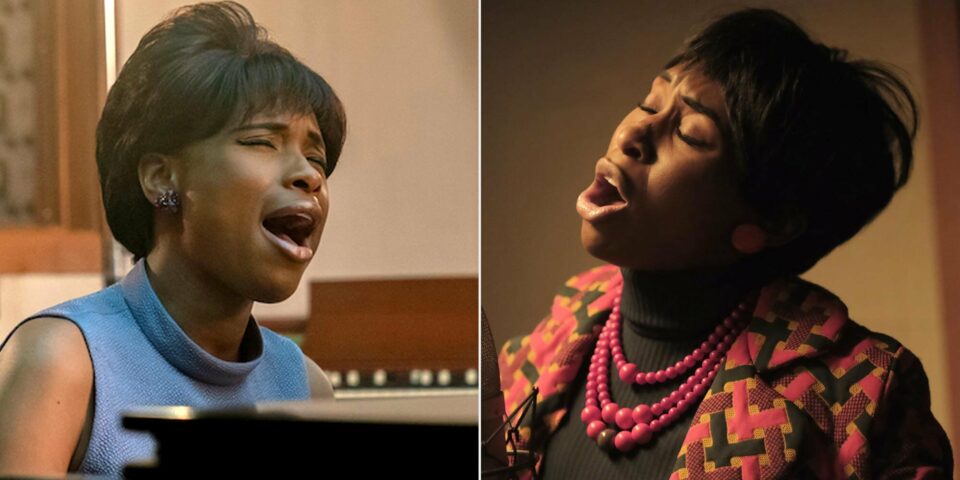 The 2022 Screen Actors Guild Award nominations were announced yesterday, further cementing Aretha Franklin’s place in the music industry and the lives of many fans.

The Color Purple co-stars Jennifer Hudson and Cynthia Erivo were among the nominees. Hudson, who portrayed the Queen of Soul in the biopic Respect, scored Female Actress in a Leading Role. Meanwhile, Cynthia Erivo is up for Female Actor in a TV Movie or Miniseries for her role as Franklin in National Geographic’s Genius: Aretha.

Both powerhouse actresses have dear memories of their encounters with the Queen of Soul before her death in 2018 at 78 from a pancreatic neuroendocrine tumor.

Franklin intentionally hand-picked the Dreamgirls Oscar winner to portray her on the big screen—a blessing of a lifetime. Following this, Hudson notably sang at the 18-time Grammy winner’s funeral.

“And it wasn’t until I was like, in the middle of things or even doing research and I’m like, ‘Wow, she wasn’t just talking, she was really speaking from experience; these were real-life happenings for her for me to draw from,’ or ‘Wow, that’s what she saw in me that I didn’t think of that she may have seen that made her pick me.’ It was realizations of that over and over again.”

Erivo, who previously scored an Emmy nomination for her work in Genius, met Franklin when she came to watch The Color Purple on Broadway. They crossed paths again at Erivo’s performance at the Kennedy Center Honors, where she was in the presence of a ‘dream come true.’ She told PEOPLE and EW that she wanted to “honor [Franklin’s] memory and the music she made and the life that she lived” in her overall performance because “she still gave the world such incredible music and brought many people together” in the end.

At the 28th SAG Awards, Hudson will compete against Jessica Chastain (The Eyes of Tammy Faye), Olivia Colman (The Lost Daughter), Lady Gaga (House of Gucci), and Nicole Kidman (Being the Ricardos).