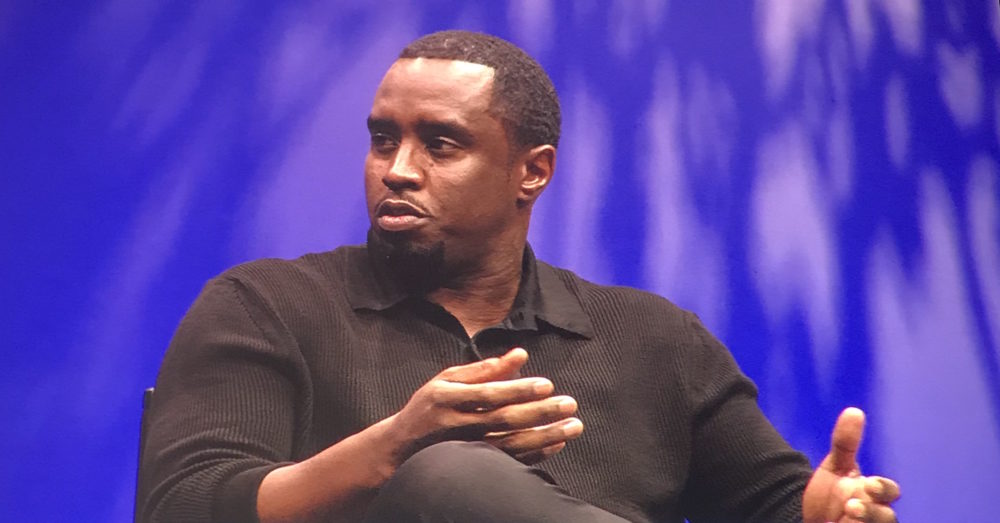 “Forbes named you one of the best business minds of the last century,” stated John Donavan, CEO of AT&T Communications. “You have the ability to notice things before others do, but more importantly, you figure out how to capitalize on them.”

Picture a young black man growing up in Harlem, New York, in the ’70s surrounded by artists and rich communities, backdropped by Motown. Sean “Diddy” Combs sees Berry Gordy and realizes he’s not only instrumental in making music but he takes pride in owning the machine behind it. Combs is left with a distinct memory that pivots around one word: ownership.

“I come from this beautiful culture called hip-hop. It started out as this small, disruptive musical genre in the Bronx that now has grown to be the most powerful cultural force in the world,” said Combs. “I think my secret is that I believe. I believe in the power of my community, I believe in us, I believe in the art of us, I believe in our value, and it put me on a mission to not just want to make music—not just want to be known as a rapper. I wanted to come and change the world. I wanted to come and make a difference and be a platform, be a place of inspiration but also to be a foundation, to give these voices that aren’t heard, this community that’s underserviced, to give it the life that it needs, but most importantly, to give it the support that it needs.”

And that he did. During the AT&T Shape conference this past Sunday, Combs listed off his projects, which include every lifestyle touchpoint imaginable (ranging from clothing to the drinks that fuel our bodies). He radiated with excitement when he talked about Charter Prep Harlem, the school that he recently opened in his hometown. It was evident that his emotion was contagious, as the crowd erupted into cheers. His stage co-host and moderator Donavan chimed in, vowing to make a substantial investment as well.

“It can be done. You can manifest what your dreams are, deal with the reality, no matter what the circumstance is and make it happen,” said Combs. The talk was an inspirational moment that shed light on a kid from Harlem who set his sights on the belief that he could make it.