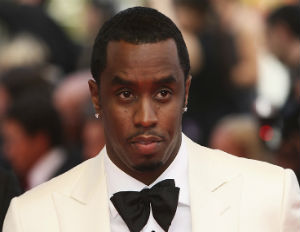 According to recent reports, rap and hip-hop mogul Sean ‘Diddy’ Combs is launching a charter school in East Harlem, opening its doors this fall. The rapper is a local to the New York City neighborhood.

Diddy is hip-hop’s top earner of 2015, earning a whopping $60 million in the last year alone, so the entrepreneur is no stranger to projects outside of the music industry. Just several of his million-dollar endeavors include his Ciroc vodka investment, water brand AQUAhydrate, RevoltTV, and his clothing line Sean John.

Prior to the exciting announcement of his Charter School, his latest release of mixtape MMM came out fall 2015, and he began working on a new comedy/sitcom for ABC based on his former assistant, titled The Hustle.

The new school will be named Capital Preparatory Harlem Charter School, according to the Associated Press. The venture has been in the works for five years.

Dr. Steve Perry, founder of Capital Prep Magnet School in Hartford, Connecticut, will oversee the school. Danita Jones, Orlando, an Florida-based educator, will be the school’s principal. Combs described the amazing opportunity as “a dream come true.” In addition, Combs and Perry have been meeting in secret with community leaders and experts in education to build the program.

The school’s board also includes author and spiritual life coach Dr. Iyanla Vanzant, who has worked with Oprah Winfrey in the past.

According to Capital Preparatory Harlem Charter School’s official website, the school is a free, public school for children grades 6-12. The extensive program will provide a “year-round, college preparatory education.” College courses will also be available to the students once they reach high school.

For the opening year, 160 students are to be enrolled in 6th and 7th grades. The deadline to apply for the upcoming school year is April 1st.

The school is located on the museum mile stretch in East Harlem, which happens to be in the same building as El Museo Del Barrio and Museum of the City of New York.