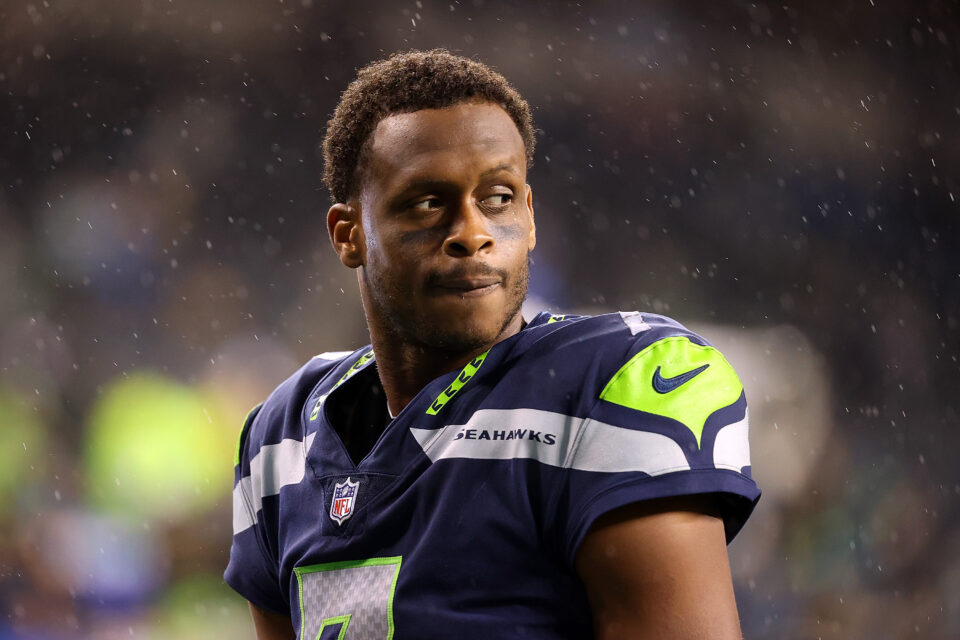 SEATTLE, WASHINGTON - OCTOBER 25: Geno Smith #7 of the Seattle Seahawks leaves the field following a game against the New Orleans Saints at Lumen Field on October 25, 2021 in Seattle, Washington. (Photo by Abbie Parr/Getty Images)

After guiding the Seattle Seahawks to a week one win against the Denver Broncos, Seahawks quarterback, Geno Smith, used a line in his postgame interview that quickly went viral.

“They wrote me off. I ain’t write back though,” Smith said proudly in the postgame interview.

Smith is now turning the line into a financial opportunity by filing a trademark for the phrase. According to Sports Illustrated, the former New York Jet and Giant filed for the trademark two days after getting Seattle’s first win of the season.

Smith outplayed Denver Broncos quarterback, Russell Wilson, who was traded to Denver from Seattle earlier this season, completing 23 of 28 passes for 195 yards and two touchdowns. Following the win, the quarterback recited the line in ESPN’s postgame, on-field interview.

Smith tried to keep the momentum going this weekend, but couldn’t, as the San Francisco 49ers defeated the Seahawks, 27-7.

Smith is in his third season with Seattle after spending four of his first six seasons with the New York Jets, who drafted him 39th in the 2013 NFL Draft. However, he struggled during his time with the Jets and went 12-21 during his time there.

After completing his rookie contract with the Jets, Smith signed with the Giants as a backup quarterback, where he played two games and became the first Black quarterback to start a game for the Giants in its 97-year history. The West Virginia University product played another season with the San Diego Chargers before signing with the Seahawks.

Next weekend, Smith will try to guide the Seahawks to their second win of the season against the Atlanta Falcons.

The Seahawks weren’t expected to compete in their division, the NFC West, this season but the Arizona Cardinals, Los Angeles Rams, and 49ers have all lost one of their first two games, giving the Seahawks a chance to make some headway. For Smith, this will be his first chance to compete as a starting quarterback with a team around him good enough to potentially make the NFL playoffs.