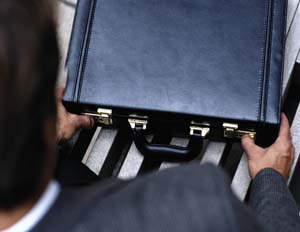 President Obama commented for the first time on Sunday since allegations arose about the Secret Service’s “misconduct.â€ The commander in chief’s trip to Latin America was tainted when news surfaced that 11 Secret Service agents and five military service members were engaged in inappropriate behavior, which included soliciting prostitutes and drinking excessively at the Hotel Caribe in Cartagena, Colombia.

The president said he would be “angryâ€ if the accusations were true.

“What happened here in Colombia is being investigated by the director of the Secret Service,â€ Obama said in response to a question at a news conference ending the Summit of the Americas in Cartagena. “I expect that investigation to be thorough and to be rigorous. If it turns out that some of the allegations made in the press are confirmed, then of course I’ll be angry.â€

The agents were put on administrative leave after the alleged misbehavior, reports Reuters; the service members–who were working with the Secret Service and stayed in the same hotel room–are also facing investigation.