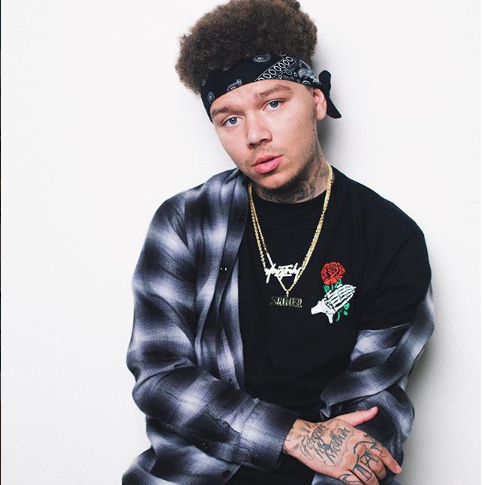 Beyond making music with a message, Marco Anthony Archer—a West Coast rapper and entrepreneur better known by the moniker “Phora”—is using his talent to make a fortune. According to Forbes, the hip hop artist has become a multi-millionaire by 23 and could retire before he hits 30.

In a genre saturated with up-and-coming talent, Phora emerged as a standout due to his marketing genius, gut-wrenching lyrics, and ability to connect with his fans. He launched a career as an independent artist back in 2012, along with his own record label and apparel line. Today, he’s amassed a huge social media following and a multimillion-dollar income stream selling merchandise. His apparel line, Yours Truly Clothing, earns between $100,000–$150,000 on a monthly basis and employs 10 people. However, it reportedly raked in more than $2.2 million in revenue on Black Friday alone during a 24-hour sale, shipping over 30,000 orders, with an average cost of $76 each.

According to Forbes, “When the clothing brand launched in 2012, Phora’s business development strategies were much less polished. The then-18-year-old’s action plan consisted of releasing as much content as possible and building on top of the product that resonated the most. Over time, he cultivated a sound and an image intentionally promoting messages with positive connotations, such as T-shirts and hoodies with text that read ‘Blessed’ and ‘Stay True,’ as well as songs such as ‘Loyalty’ and ‘Faithful.'”

Despite his success, the California rapper still aspires to create great music. “I have goals and aspirations with the music that money can’t buy, like getting a Grammy or wanting J. Cole or Pharrell to appreciate the music I make,” he told Forbes. Through his music, he tells detailed stories about his fears, pain, and struggle with depression and suicide. In “My Story,” a track that has generated over 7.5 million views on YouTube since its release in 2013, he raps about a near-death experience after surviving a brutal beating as a teenager. In 2015, he beat death again after being shot three times while driving in Pasadena.

Rather than succumbing to the circumstances, however, Phora found a way to turn his struggle into song and prosperity. “Growing up being raised by a single black mother, I saw the struggle she had to go through—I learned to base people off their actions, instead of what they look like, where they were from, or what they believed in,” he wrote in a recent Instagram post.

He released his first independent project in 2015, Angels With Broken Wings, followed by With Love in 2016, which peaked at No. 1 on iTunes’ hip hop/rap charts. The project also featured the breakout single “Sinner,” which has garnered over 2 million plays on SoundCloud and 6 million views on YouTube.

After launching and managing his own music career for five years, Phora signed a record deal with Warner Bros. last April and released the album Yours Truly Forever. He also embarked on a sold-out tour in 2017. The label, however, does not have a financial stake in his clothing brand.

With a flourishing business and a collected following of over one million social media fans, this is just the beginning for Phora. He says his ultimate goal is “take over the world.”