We’re used to the antics and controversies Charlemagne Tha God commands regularly. Angela Yee just had a moment with her recent interview with rapper and reality TV star Jim Jones, tongue-kissing his mother. So, it comes as no surprise that the third member of iHeart’s morning team, The Breakfast Club, DJ Envy, is making waves now.

Last week, the Power 105 DJ started a mini-controversy when he posted on his Instagram account about a reality tv show streamed on Netflix, Selling Tampa. He stated that the women on the show aren’t seen selling homes compared to another reality show, Selling Sunset. He brings up that the same person who created both shows, Adam DiVello, showcases different aspects of both shows. He notices that homes are rarely sold on the show featuring Allure Realty, the first all-Black, all-female owned and operated real estate brokerage in Tampa.

“The Same person created both these shows…. SMH. 1 show sold no homes… NONE!!! Kind of embarrassing.. The other show sells homes.. Hmmmm… Anybody else watches these shows??”

After his post, some of the ladies on the show responded to DJ Envy in the comment section.

Anne-Sophie Petit-Frere, who uses the handle annesophiepf, responded by saying:

“Yes thank you so much for watching 🙏🏾 The show was filmed throughout a few months and chopped up to just a few episodes 30mins long. We had manyyy closings but i guess it’s hard to fit all of that content in just few episodes so they chose the “juicer” ones cause let’s face it people want to be entertained.”
As you can see in the photo below, other cast members left comments for DJ Envy defending the show. 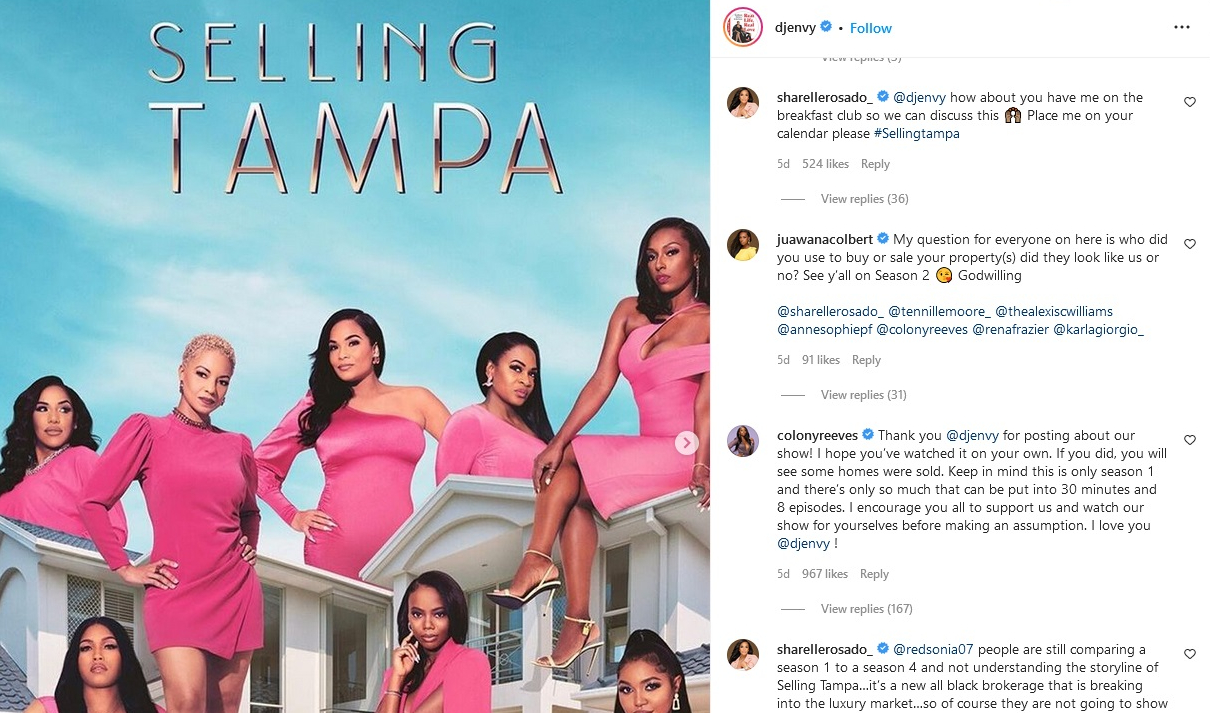