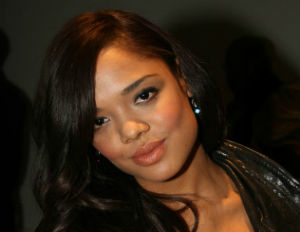 Creed, a feature film spin-off of the Rocky franchise, is adding Selma star Tessa Thompson to the sports drama.

First announced back in 2013, pre-production on Creed has begun and looks to pair Thompson as the Adrian to Michael B. Jordan’s pugilist protagonist. Jordan’s character is the grandson of Apollo Creed from the Rocky films. His life was forever altered by his grandfather’s career and, despite his parents’ stern objections, wants to follow in Apollo’s charismatic footsteps. Throughout the picture, Jordan’s Creed attempts to corral Rocky Balboa (reprised again by Sylvester Stallone) to convince the retired boxer to train him.

Thompson signed on the MGM picture to star opposite Stallone and Jordan in a deal reported by Deadline. If her name is growing stature in your recollection, it is probably because you’ve seen her in the wonderfully delightful Dear White People, for which she won a breakthrough actress award from the Gotham Awards. She also plays Diane Nash in Ava DuVernay’s timely and very poignant Martin Luther King, Jr. period piece, Selma.

Creed will be directed by Fruitvale Station writer/director Ryan Coogler, who will also pen the script alongside Aaron Covington. Stallone will also produce, in addition to starring, as Robert Chartoff, Kevin King and Irwin Winkler will help bring this boxing drama to the big screen.

Sony’s “The Interview” Pulled From Theaters After Terror Threat