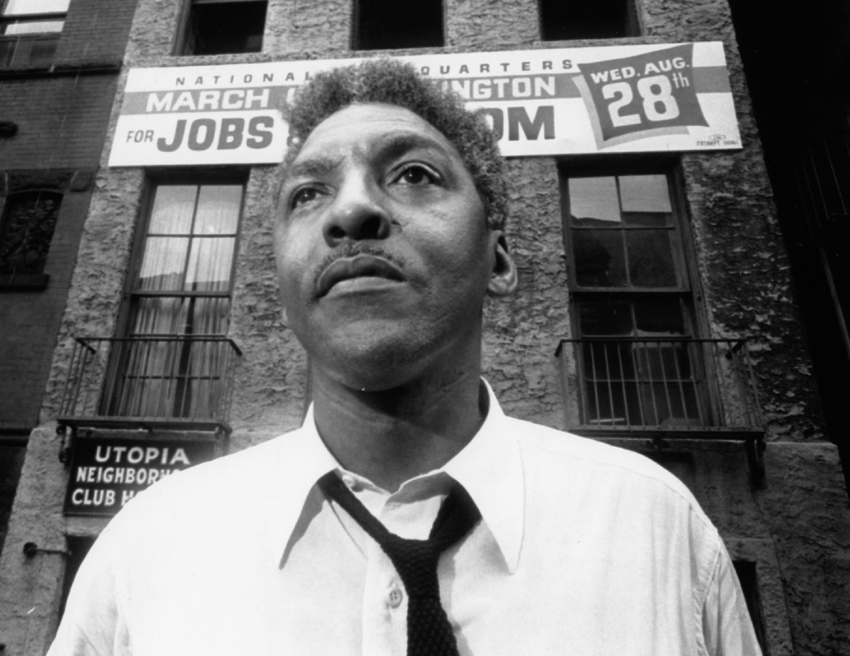 The theatrical release and success of the Ava DuVernay-directed and Oscar-nominated film Selma has rightfully reacquainted millions of Americans with Dr. Martin Luther King Jr.— the man, mission and message. DuVernay also makes a point to portray King’s most trusted advisors and confidantes.

Though it is not a very big portrayal, black civil rights leader Bayard Rustin is in the movie Selma. Rustin is always left out of the narrative because many are uncomfortable with him being an openly gay man.

But as DuVernay told the Advocate during an interview about the film, “It was my responsibility to make sure that I, as a black woman, was in this script somewhere. Women’s role were written and integrated into the narrative. It was really important to me that Bayard Rustin be included in the film. He was a firebrand. He was an effing badass.â€

She went on to say that Americans have simultaneously witnessed progress among LGBT advocates, who have fought for the right to marry and other equal protections under the law. DuVernay also shared that the LGBT fight for equality is an “age-long struggle that stands side by side with the African-American struggle for rights.

A mentor to a young King, Rustin advised him on the use of nonviolent resistance. He helped organize the Montgomery Bus Boycott in 1955.Â  He was in the forefront with Ella Baker in 1957 along with King in organizing the Southern Christian Leadership Conference. He participated in the Freedom Rides of the early 60s. Rustin also was the one who spearheaded the 1963 March on Washington for Jobs and Freedom, where King gave his renowned “I Have A Dreamâ€ speech. In fact, Rustin was the executive director of the historic march.

America is indebted to Rustin, as one of the chief architects of the Civil Rights Movement, says Sharon J. Lettman-Hicks, executive director of the Washington, DC-based National Black Justice Coalition, a black lesbian, gay, bisexual, and transgender civil rights organization. “Rustin, an openly black gay man, was an activist for freedom and peace “during a time when the conditions of both of these identities were perilous,â€ he adds. “Rustin was as unapologetically black as he was gay, and by his very presence challenged the evils of homophobia and racism throughout his life.â€

As we mark what would have been his 86th birthday today and prepare to celebrate the 30th national observance of Martin Luther King Jr. Day on Monday, let’s also pay homage to those unspoken heroes of the movement like Rustin. Great documentary: “Brother Outsider.”