The U.S. Senate Has a Diversity Problem in Its Staff 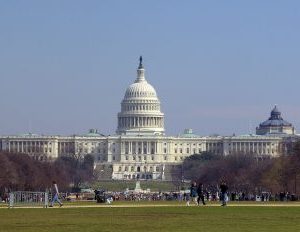 As policy decisions affecting all Americans are debated in the halls of Congress, you will be hard pressed to find people of color in topâ€level staff positions. A report released by the Joint Center for Political and Economic Studies found that the most influential Senate staffers are disproportionately white. Among senior-level Senate staff–chiefs of staff, legislative directors, and other folks, who ultimately shape the laws we all live by–a mere 7.1% are people of color, researchers found, although people of color make up 36% of the U.S. population.

The lack of diversity is especially pronounced at the senior level. There are 100 Senators, each has three senior positions in their personal offices: Chief of Staff, Legislative Director, and Communications Director. Those three positions, unlike any others,Â assist in the management of the Senator’s office and Senate legislative agenda, shape the $3.8 trillion U.S. federal budget, provide oversight of federal agencies and hire, manage, mentor and promote junior Senate staff. These influential top aides advise the senators on all issues and their recommendations are usually carried out.

“On issues like education, the economy, healthcare, and decisions of war and peace, members of Congress are legislating without the perspectives of black and brown staff,â€ wrote Marc Morial, president and CEO of the National Urban LeagueÂ (NUL). “Members of Congress have exempted themselves from most labor laws like the Equal Employment Act of 1972 and the 1964 Civil Rights Act. As a result, there is no legal requirement for Senators to provide answers to anyone when it comes to the employees they hire for their personal staffs and/or committee assignments,” he states.

Morial also points out that the Senate doesn’t have to follow the federal Freedom of Information Act, which gives citizens access to information about their government. So, citizens and groups like NUL can’t get access to Congressional employment figures, even though we can get such numbers from companies that receive federal contracts.

Among NUL’s proposed solutions is that Congress must enact legislation or rules subjecting it to employment laws, which require reporting of employment demographics and once vacancies are announced, fair interview processes must be established employing the National Football League’s “Rooney Rule.â€The Rooney Rule is the NFL’s policy that requires league teams to interview minority candidates for head coaching and senior football operation jobs.