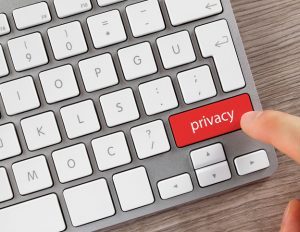 According to Reuters, if the bill goes on to pass in the House of Representatives, internet providers including companies such as Google and Facebook no longer have to “obtain consumer consent before using precise geolocation, financial information, health information, children’s information and web browsing history for advertising and internal marketing.â€

The issue is highly contested and split down party lines. Republicans and conservatives at the FCC including Chairman Pai, have been critical of regulations over the broadband and internet provider industries.

Democrats and more progressive members of the FCC, as well as consumer advocates, are traditionally for regulations that protect consumers.

“Today the Senate voted along party lines to dismantle the FCC’s broadband privacy rules. If signed by the President, this law would repeal the FCC’s widely-supported broadband privacy framework, and eliminate the requirement that cable and broadband providers offer customers a choice before selling their sensitive, personal information,â€ said Commissioners Clyburn and McSweeny.

Clyburn and McSweeny, continued: “This legislation will frustrate the FCC’s future efforts to protect the privacy of voice and broadband customers.Â  It also creates a massive gap in consumer protection law as broadband and cable companies now have no discernible privacy requirements.Â  This is the antithesis of putting #ConsumersFirst. The House must still consider this legislation. We hope they recognize the importance of consumer privacy and not undermine the ability of Americans to exercise control over their sensitive data.â€