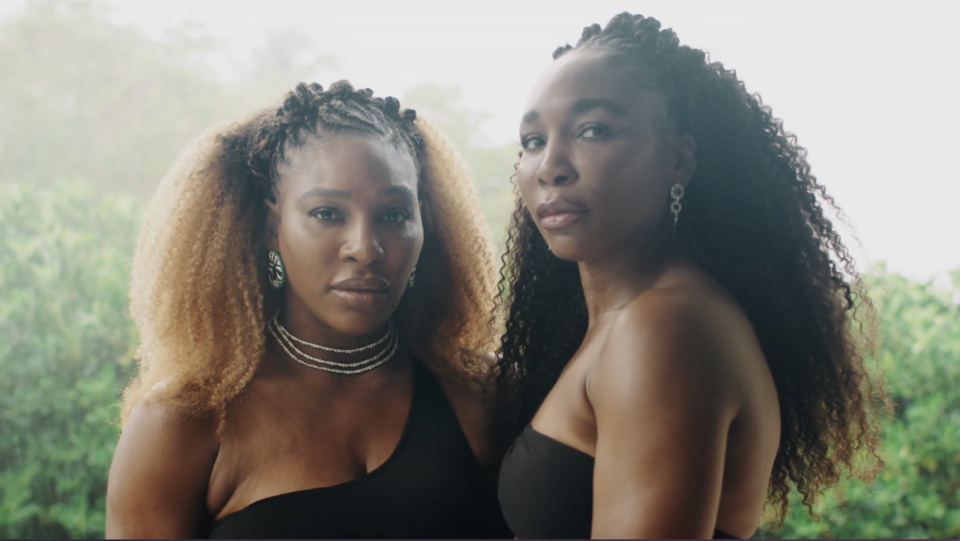 The tennis champions modeled an assortment of fashionable high-end ensembles that Serena posted on her Instagram grid.

The Williams sisters spoke with the magazine about their careers, father Richard Williams, and their plans to retire from playing tennis.

“So I think for Serena and I to explore that freedom is surreal. We’ve never been free,” Venus added. Both rose to prominence when they were young pre-teens.

Venus’s entrance into the tennis scene began in 1994, followed by Serena in 1995. Together, the sisters have dominated the exclusive sport and have won a combined 48 Grand Slam titles, 14 of which they shared as women’s double titles. Fueled by their champion mindset, both women have ventured into entrepreneurship and have created fashion lines, an interior-design company, and a venture-capital firm.

Although tennis is their primary focus, Venus contemplates the future beyond the tennis courts.

“Serena and I say we’re going to become bodybuilders after tennis. It might be extreme. It might not happen exactly like that, but you never know,” teased Venus.

Serena, however, is not prepared to consider when her last match will occur.

“That’s something I don’t think about nor do I want,” said Serena. “I don’t want to think about what I’m leaving. I just think about who I am every single day behind closed doors and behind cameras. And that’s what I focus on.”

The sisters owe their mental fortitude to the lessons they learned from their parents depicted in the movie King Richard that they executive produced starring Will Smith.

As the film depicted, Serena said her father designated their health and well-being above their careers.

“A lot of people get this different story of sports fathers—especially tennis fathers, who are really overbearing,” she said. “And that wasn’t necessarily my dad.”

“Everyone’s like, ‘Well, how do you play tennis for so long?’ It’s because we weren’t raised in an environment where it was something that we abhorred,” Serena adds.

Serena admits she wasn’t always forthcoming with her father when she suffers from injuries because he insists that she rest.

One of the lasting lessons that the sisters took from their father was the ability to plan.

Serena said, “My dad always told us to plan ahead. ‘If you fail to plan, you plan to fail,” and so far, the two tennis icons have yet to fail, meaning their planning is impeccable.

The March 2022 issue of Harper’s BAZAAR is available on newsstands on March 1.