Sports Biz: 5 Thoughts to Consider From Serena vs. Sloane 3.0 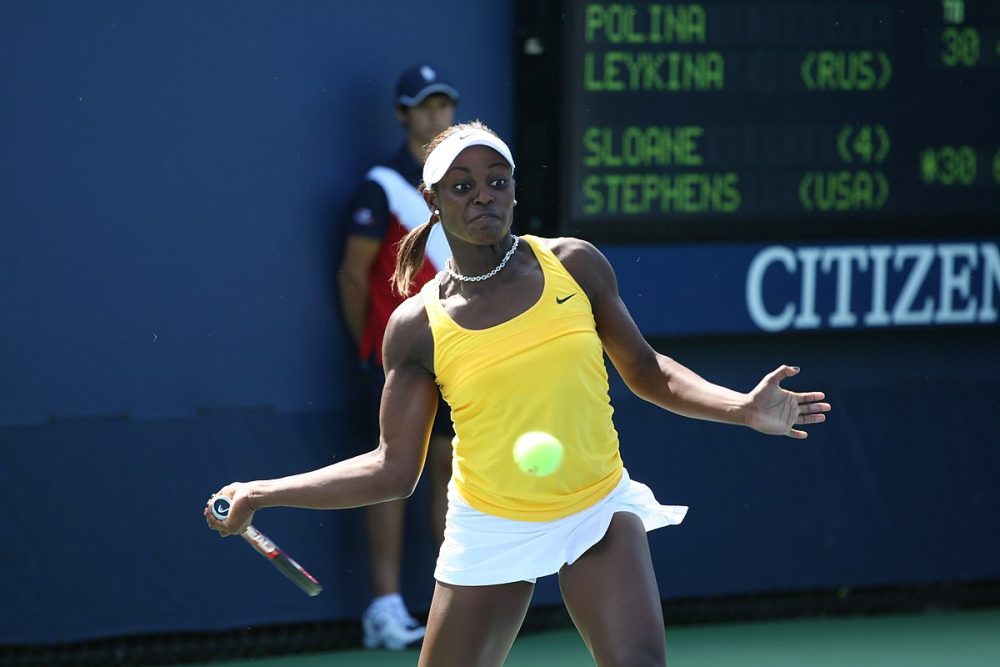 A curious thing has happened at the Billie Jean King National Tennis Center: 20-year-old Sloane Stephens has become the darling of the 2013 playing of the US Open. In the midst of all of her obligations in New York as the next great American star, she has handled the pressure with aplomb, fighting to a three-set, first-round over Luxembourg’s Mandy Minella — and barely breaking a sweat since.

But there’s a glitch. Miss Darling beat Serena Williams, the four-time winner of this tournament, in the quarterfinals of the Australian Open this year. It set off a wave of questions: How long before Serena could no longer beat her consistently? Was Serena, into her thirties, too … old? Are they friends?

A lot of those questions have been answered. On Sunday, Sloane vs. Serena 3.0 will take off at Arthur Ashe. Here are a few considerations. You know, because this is only kind of huge.

1. The ratings bonzanza: Don’t think for a second the suits at ESPN didn’t circle this possible fourth round match. They did. Ever since Stephens criticized Williams in the media for unfollowing her on Twitter — and not speaking to her after the quarterfinals of this year’s Australian Open — this match has become something of a flashpoint for American tennis, which believes it has found its next big star. Stephens’ youth, smile, ambition and talent is more than enough for ESPN to post one of its biggest tennis ratings of the year.

2. #IWILL: Under Armour’s campaign is getting a big boost from its biggest tennis star here at the US Open. The genius of the #IWILL hashtag, of Under Armour’s entire advertising oeuvre, is in its unwavering dedication to the underdog. Stephens is No. 15 in the world and she is going up against the world’s No. 1. Could it get any better for a brand — a campaign — bent on getting the most of its Davids, toppling its Goliaths?

3. A-TEAM: ESPN’s team of John McEnroe will help anchor Sunday’s match. Aside from Evert’s statement that Stephens had eschewed “monkey business” following her first round struggles, it’s proved a minor blip; ESPN has been a worthy partner of the US Open since it paid $825 million over 11 years for the tournament’s rights, which it will take complete control of in 2015. Critics were up in arms over ESPN’s strong-arming of the USA Network’s long-beloved coverage of the Open; many were similarly attached to NBC’s rights to broadcast Wimbledon, which ESPN also obtained two years ago for a half-billion.

If Serena vs. Sloane 3.0 lives up to the hype, it will prove as yet another one of the networks more savvy moves as it relates to the marketability, intelligence and timeliness of its own brand.

4. Double your money: By reaching the fourth round, both Stephens and Williams secured themselves guaranteed prize payouts of $165,000. The player who advances to the quarterfinals will take home no less than $325,000. This is frankly of more monetary concern to Stephens, who is just 20. You’ll remember, after Stephens struggled in her first round match someone yelled something to the effect of, “This girl is going to take your second-round prize money if you don’t get it together.” Stephens later said the fan’s shouting helped her get her game into gear. It’s the type of communication that simply wouldn’t have the same impact with the older, wealthier Williams. Serena is playing to shape her legacy — not for a check from the USTA.

That’s not Stephens’ story. Not yet.

5. Thanking their lucky stars: Believe us: The WTA can’t believe its good fortune. Not only does it have the delicious irony of its best American and player in the prime and twilight of her career, it has hungry, talented and marketable stars ready to take her place. The WTA and USTA lamented the possibility we’d have no American stars to help carry the torch for American tennis. Now? Well, it seems the entire country might have a choice in the matter.