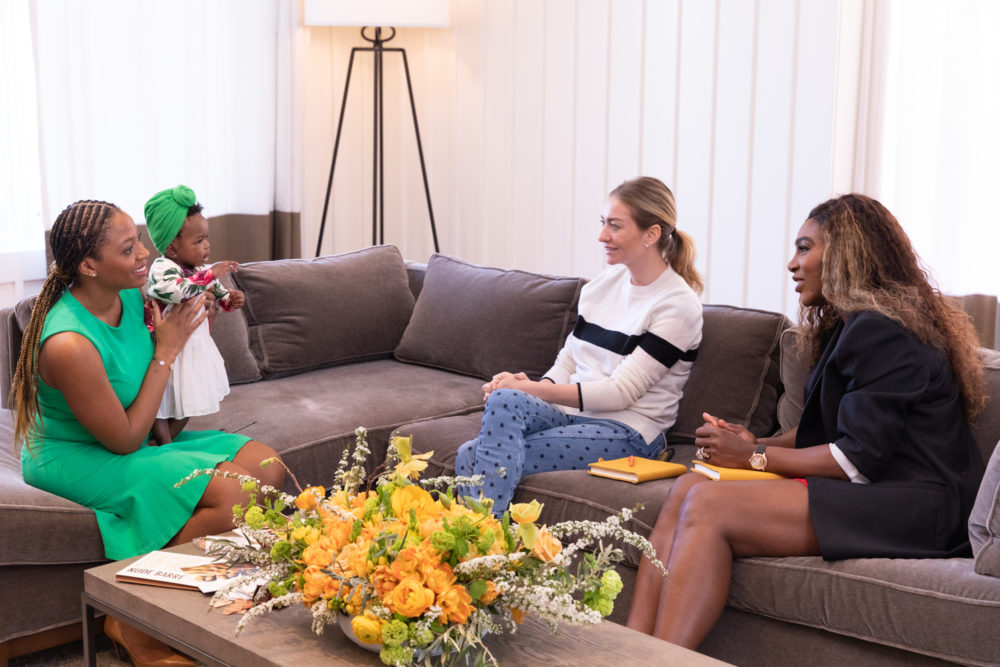 At Bumble’s first-ever Bumble Fund Summit in Napa, California, the company officially announced the winners of its in-app pitch competition through Bumble Bizz. The competition provided female entrepreneurs with the exclusive opportunity to pitch Bumble Global Advisor Serena Williams and Bumble CEO and Founder Whitney Wolfe Herd their businesses for possible investment from the Bumble Fund and Serena Ventures.

“We aimed to redefine the pitch competition and provide a space for underrepresented women who are often overlooked in venture capital to speak freely about their ideas,” said Wolfe Herd.

Erin Carpenter of Nude Barre, a company redefining “Nude” and offering hosiery and underwear in twelve shades (Williams wore the hosiery during her Wimbledon and US Open matches)

Arfa Rehman of Virtue Health, a digital health company for longevity with their first consumer health product, Eva, which is an AI-powered companion for women going through menopause

“Too many female entrepreneurs have grown accustomed to being silenced or hearing the word no,” stated Williams. “By amplifying these voices as opposed to ignoring them, we are signifying to an entire generation of underrepresented women that their ideas should know no bounds. I am honored to be a part of Erin and Arfa’s journeys—as I want them, as well as all others alike, to know that when it seems as if no one else will listen, we will.”

The Bumble Fund launched in 2018 with a mission to invest in underrepresented women founders, with the intention to provide them with resources and access as well as capital. The pitch competition was the first step to the company fulfilling its goal. Only 2% of the more than $130 billion raised in venture capital in 2018 went to women founders, despite the fact that there are 12.3 million women-owned businesses in the U.S.

In addition to her work with the Bumble Fund, Williams has invested in over 30 companies through Serena Ventures, focusing on underrepresented founders or problems, empowering creativity or empowering oneself, and future technology.