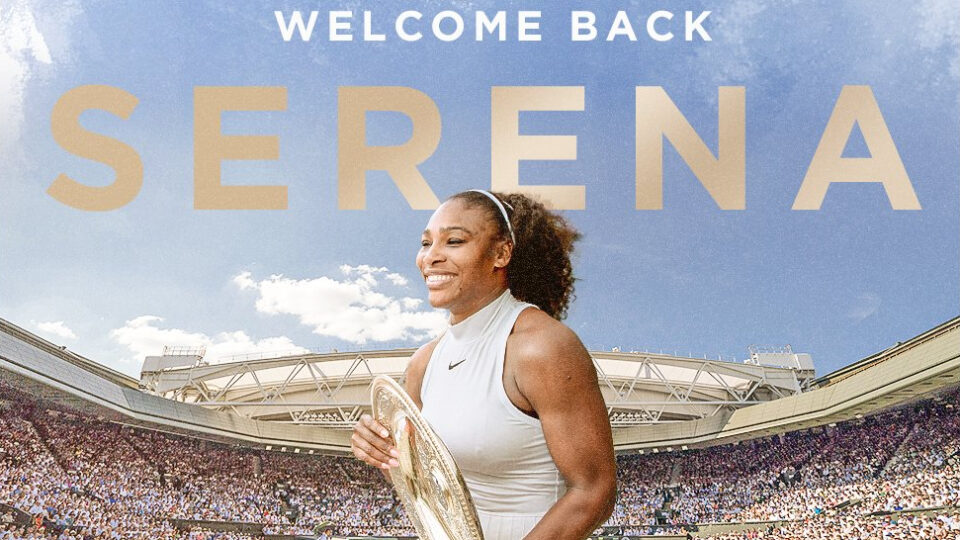 Serena Williams, the most decorated professional tennis player, is returning to the court!

Williams, who hasn’t played in a year, is slated to return to the tennis courts this month. Wimbledon made it known that the champion will be playing via an announcement on its social media pages.

Our 7-time champion @serenawilliams will return to Wimbledon as a wild card this summer for her 21st appearance pic.twitter.com/7ddMAv7mOq

According to ESPN, Williams is currently at 1,208 in the Women’s Tennis Association (WTA) rankings this week. But, the elite athlete was granted a wildcard by The All England Club.

Before she laces up her Nikes to participate in the Wimbledon tournament, the Lawn Tennis Association (LTA), Britain’s sports governing body announced that Williams will first make her debut tournament appearance at Eastbourne this weekend. She will pair up with Tunisia’s world No.4 Ons Jabeur to compete in the doubles event of the LTA’s Rothesay International at Eastbourne after being granted a wildcard.

In a written statement, Williams said, “I am excited to return to the Rothesay International tournament in England and to be back on the grass — a surface that has been so good to me throughout my career. Eastbourne has a unique charm that you don’t see anywhere else on tour and I’m looking forward to playing in front of the fans again.”

The doubles draw will be performed early afternoon Saturday, June 18. It appears that Williams and Jabeur will likely not play their first match before Tuesday.

Tournament Director Gavin Fletcher said, “On behalf of everyone at the LTA we are delighted to warmly welcome Serena back to the Rothesay International and the fabulous setting of Devonshire Park, Eastbourne. This year’s line-up is proving absolutely stellar, where having Serena here will be the icing on the cake, and personally, I’m sure I speak for many in that we can’t wait to see her play again.”