On the Seventh Day God Rested and Watched 'Power' 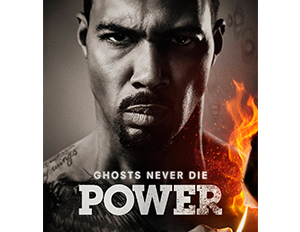 The premium cable channel Starz proved why they belong in the top spot, with competitors HBO and Showtime and the recent decision to move original programming to Sunday nights. With an impressive season three premiere, Starz hit television series Power broke records this past Sunday, July 17,Â with 2.26 million live and same-day viewers; more than 58% from the season two premiere. It’s no surprise that Starz President and CEO, Chris Albrecht, thought the move made perfect sense to debut top rating programs on the most-watched night of the week.

“Sundays are a prestige night and we feel our shows are definitely going to be very competitive; not just in viewership, but in the attention-getting business on Sundays.”

Like most, I was glued to the television trying to connect the dots from where season two left off.Â  The common thread that left many of us scratching our heads was…Who’s Really Dead?

We know from last season Shawn, Ghost’s trusted driver, is killed by the hands of his biological father Kanan in one of the final episodes of the season. We thought Kanan was burnt alive and left for dead! But, in the season finale we discovered he rose from the ashes and is currently roaming the streets ofÂ New York.Â  Lobos, the Mexican drug lord who supplied Ghost & Tommy, was dead…until he survived his prison attack. Go figure!Â  Then, there is the bartender girl Tatiana, who placed the bloody La AraÃ±a card on Ghost’s desk, and winds up dead herself in Sunday night’s premiere of season 3—right along with the beloved puppy, Belle, that Tommy brought Holly.

And finally, there is Ghost, who’s not dead yet!Â  Despite the many individuals looking to change that outcome. Lobos, for example, ordered Tommy to kill Ghost. Kanan will eventually try and kill Ghost, but little do they both know…Ghost is already dead!Â  And, as he stated in the season three premiere, you can address him as James from here on out.

Well James, we’re ready to see what the rest of Season 3 has to offer us. Dead or alive, we’ll all be watching.

Check out the sneak peek of next week’s episode below.