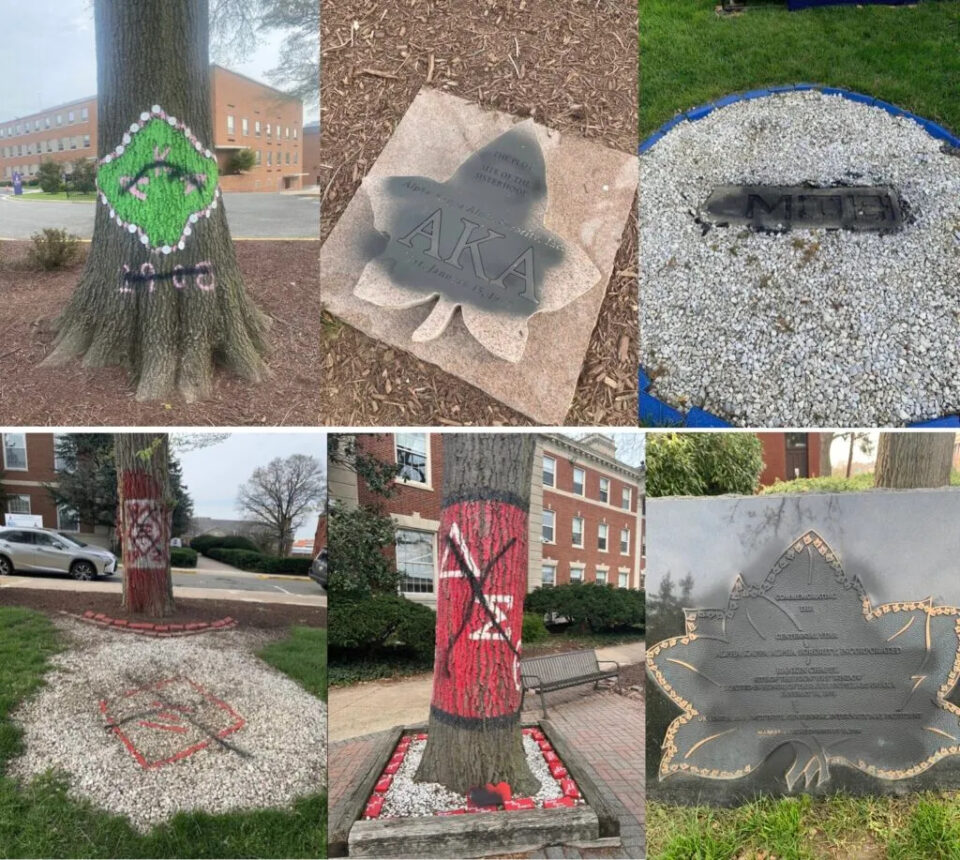 Amid the recent announcement of Howard University’s president’s retirement, numerous fraternities and sororities were reportedly vandalized on the DC university’s campus.

Hope @HowardU looks into this seriously. Our organizations have a long standing history on this campus, and the world tbh. And MOST of our orgs started right here. pic.twitter.com/xPOnrOE9Jz

After seeing the damage, several members of these organizations gathered to help clean up the sacred plots.

“They came in and defaced our property. It really hit home. it was very personal, “said Lyric Amodia, Delta Sigma Theta member, according to 7 News. “We knew we had to fix it that moment.”

Students believe that the defacing of the historical stones and trees is connected to the national bomb threats HBCUs have received in recent months. BLACK ENTERPRISE previously reported that Howard, among other schools, ordered lockdowns and evacuations during the unfounded threats. Six juveniles were under suspicion for the threats believed to be racially motivated.

According to WDVM, Howard University issued a statement that read, in part, “these senseless acts of vandalism are unacceptable and run contrary to the values of respect and tolerance that we as an institution strive to uphold. The deliberate damaging of any Howard buildings or artifacts is expressly prohibited. The individuals responsible for these acts will be dealt with accordingly.”