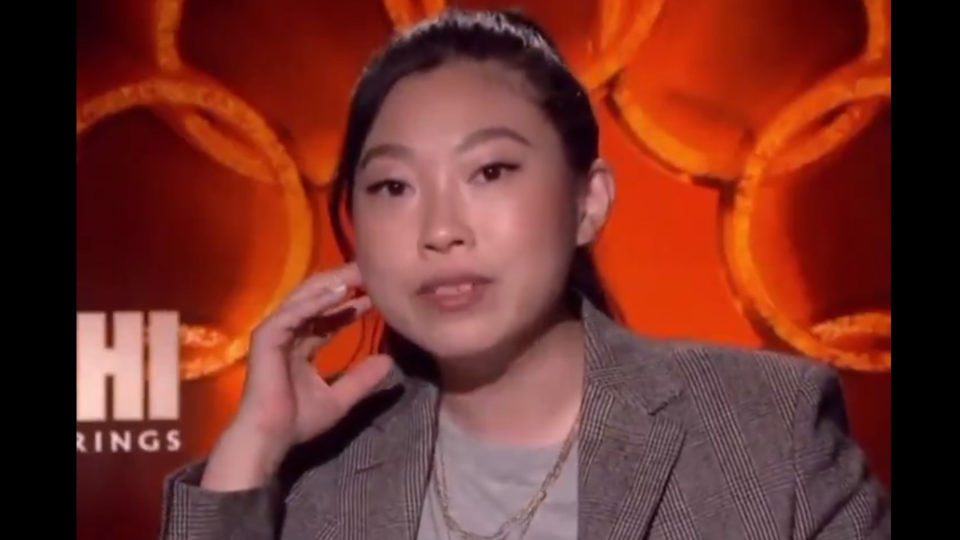 A controversy over an Asian actress using a blaccent (Black accent) has caused an uproar online.

Shang-Chi and the Legend of the Ten Rings actress, Awkwafina, has responded to the accusation of using a blaccent. Based on some performances, most notably her roles as  Goh Peik Lin in Crazy Rich Asians and Constance in Ocean’s 8, she has been accused of taking the liberty to “sound” Black.

The “blaccent” controversy is not new for the comedian and actress. A resurfaced 2017 Vice interview has led critics to call her comments on cultural appropriation hypocritical: In that interview, she said: “I refuse to do [Asian] accents. I’m not OK with someone writing the Asian experience for an Asian character.”

She responded to the accusations of cultural appropriation when asked in a video clip from Reuters Showbiz.

“Um… You know, I’m open to the conversation. I think it really is something that I think is a little bit multi-faceted and layered, and so… yeah.”

She did receive comments on Twitter after it was published.

Understand Nora dropped her blaccent the second she started getting more notoriety. The blaccent doesn’t serve her in the Disney world so she dropped it as it no longer benefits her (monetarily). Yet has the audacity to say using an Asian accent isn’t okay, tuh. pic.twitter.com/DYeTObWKvS

This is the missing key point from when culture, especially black culture is stolen: the ability to utilize the profitable parts while avoiding the stigmatized parts requires privilege that black people simply do not have.

That is why she’s getting dragged.

She said literally nothing. Basically Ma’am, you need to talk in THIS way in your acting roles, and gi by your birth name beloved.

The fact she answered the question without using a “blaccent” pretty much affirms the criticism.

You can clearly tell she has no plans for change and feels no ways because it’s “Multi-Faceted” topic
Like girl…you pay ur bills by using a blaccent and without it, who are you ??

You don’t have to say that you’re open to a conversation if you’re actually HAVING the conversation… and if you go on to say nothing, that’s not having a conversation. Do better please, all

But this isn’t multi-faceted and layered? You just flat out said you won’t do it pic.twitter.com/65sjsuBvuV

funny how she sounds so very different in this “addressing the issue” video than she does here or in Ocean’s 8 (for example). https://t.co/wTYco48KFb