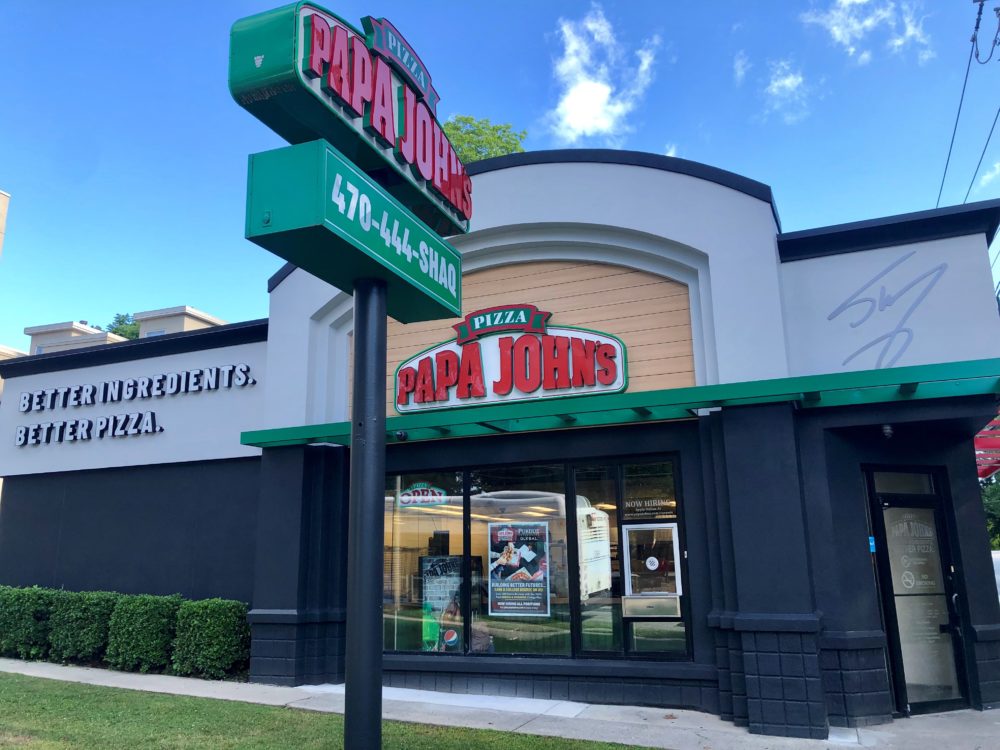 The 990 State St. location has also underwent renovation with the basketball great adding his own elements, including his size-44 footprints, signature, basketball ‘pizza art,” and more.

“I am thrilled to be taking my investment in Papa John’s to the next level,” O’Neal said via press release. “My investment shows my commitment to the company and was a natural fit. I’ve been a fan of Papa John’s pizza since my days playing basketball at LSU. I could not be prouder of what we have in store for Atlanta, as we strive to deliver the city a great pizza experience.”

“Papa John’s franchisees are entrepreneurs who have a shared passion for pizza and the communities they serve. Shaquille is no exception,” Steve Ritchie, CEO of Papa John’s, said. “Shaquille’s experience in the restaurant industry and his love for our products make him a welcome addition to our team.”

O’Neal was named to the Papa John’s board of directors in March. He has several investments in other fast food franchises, including Krispy Kreme and Big Chicken in Las Vegas, according to CNN.

Papa John’s has been undergoing a PR transformation since the company’s founder and former CEO John Schnatter, resigned. Schnatter came under fire after criticizing NFL players kneeling in protest during an earnings call, and also using the “n-word” during a company conference call.

In addition to O’Neal’s appointment to the board, the pizze chain also hired high-profile black executive, Bozoma Saint John’s marketing agency to help with its tarnished public image.

Since his retirement, the NBA Hall-of-Famer has made a name for himself as a wise-cracking, fun-loving sports commentator. Apparently, it’s that same focus on fun that has guided O’Neal’s decisions when it comes to building his business empire outside of basketball.