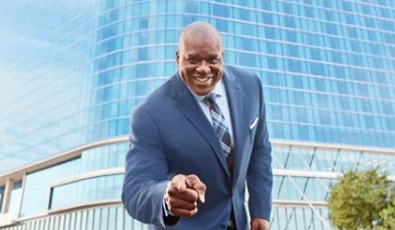 Former NBA player Shaquille O’Neal has opened an apartment tower in his hometown of Newark, New Jersey, according to NJ.com.

The $80 million luxury apartment building, at 22 stories, was developed by Boraie Development and O’Neal and is steps away from the New Jersey Performing Arts Center and the renovated Hahne & Co. building that includes a Whole Foods and the newest restaurant by celebrity chef and Red Rooster Harlem owner Marcus Samuelsson. The long-awaited “Shaq Tower” opened its doors in Newark this summer and is about 60% leased, developer Wasseem Boraie said.

“It’s going to go down as the most historic building in Newark,” O’Neal previously told NJ Advance Media. “Second of all, it’s going to continue to beautify our city.” The tower is officially called 50 Rector Park and has a gym, amenities room, and rooftop cabanas and grills for residents of its 168 units.

“It’s been a long journey and it’s one of those things that if you really aren’t committed you never would have done what we did,” Boraie told NJ Advance Media. “You gotta believe in your product, in your city, and in your public partners and the private partners that are there with you. Development is not a sole practitioner sport, it’s absolutely a team sport.”

There is also a plan to build a new $150 million, 350-unit apartment complex with Boraie. The 35-story building on 777 McCarter Highway will be known as the “House that Shaq Built,” O’Neal said.

Following his career in the league, O’Neal established a strong business track record as an investor, restaurateur, and franchise owner. He currently owns a Krispy Kreme Doughnuts franchise in Atlanta and previously owned 27 Five Guys Burgers and Fries franchises. In addition, he is the founder and owner of Big Chicken, a fast-casual fried chicken restaurant in Las Vegas and Shaquille’s, a fine dining restaurant, also in Los Angeles. Shaq is also a minority owner of the Sacramento Kings NBA franchise.

O’Neal, the four-time NBA champion, joined the Papa John’s board of directors earlier this year after founder John Schnatter resigned last year following reports that he used a racial slur during a company conference call and criticized NFL players kneeling in protest during an earnings call. O’Neal secured $8.5 million in cash and stock options in the deal. The NBA legend also invested in nine Papa John’s franchise restaurants in Atlanta.