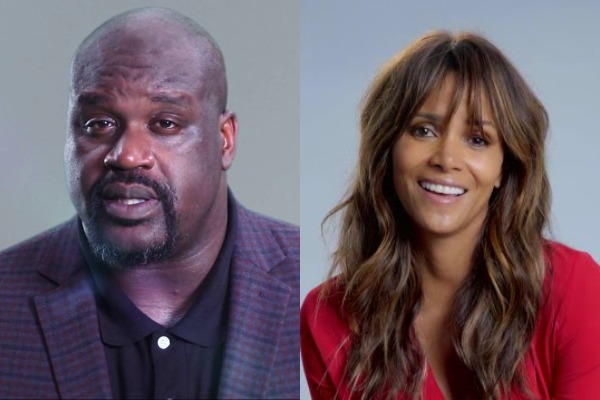 Halle Berry has spent three decades being lauded as one of Hollywood’s most beautiful people. So, of course, she was the one woman who could throw Shaquille O’Neal off his game.

The 4x NBA champion recently recalled the time Halle Berry attended one of his games and distracted him. While appearing on The Kelly Clarkson Show on September 22, O’Neal relived the moment Berry stopped him in his tracks during his time playing with the Los Angeles Lakers.

“My heart started fluttering, I get nervous, I call a time out,” O’ Neal recalled. “Coach said, ‘What are you doing?!’ I said, ‘Shut up, Halle Berry is here to watch me. Nobody shoots, make sure I get the ball.’ And guess what, I actually made the free throw. I made the free throw, I was looking at Halle like [winks].”

Considering O’Neal’s scarred reputation at the free-throw line, him making the shot to impress Berry was quite the accomplishment. He even credits the Swordfish star for bringing back his childhood speech impediment.

“So when I was young, I used to stutter,” O’Neal shared. “She’s the only woman that makes my stuttering come back.”

Clarkson recalled the time she met Halle Berry and noted how the actress “looks even better in person.”

“I was like, oh my god, I feel so inferior right now, it was crazy,” she jokingly said. “She’s breathtakingly beautiful, and she’s so sweet.”

O’Neal was perfect for the Lakers and enjoyed all the A-listers who came out to watch him and Kobe Bryant dominate the court together.

“I wanted to give the superstars the same enjoyment that they gave me,” he said. “Like, when I walk into the game and I see Denzel [Washington] and Jack Nicholson, like, when I’m at home watching the Netflix, they give me so much enjoyment so I would always say, ‘OK, they’re here to watch me and Kobe [Bryant] win the championship, I gotta make sure I always play well.'”

This past week it was revealed that Will Smith dreamt of having a harem including Berry and ballerina Misty Copeland. Men just go ga-ga over this gal!