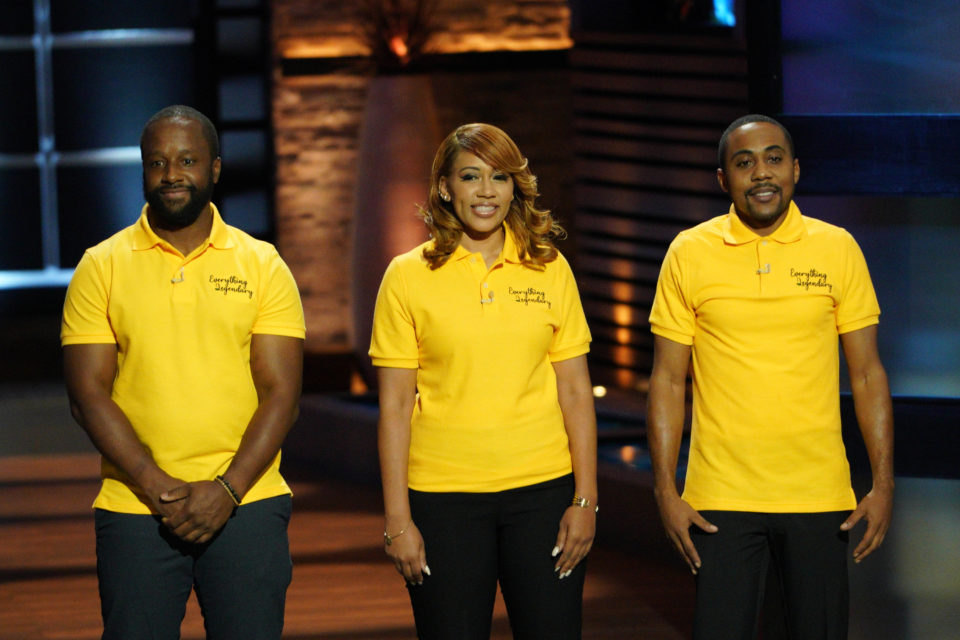 Everything Legendary founders went from a $300,000 Shark Tank deal to nationwide presence in Target. Starting on May 15, 2021, the Black-owned and operated plant-based meat producer will be sold at 310 Target locations in 13 states.

“Every time we get a shipment in, they sell out within just a couple of days, just because people love the burgers, so so much,” says Brie Boswell, a Manager of Everlasting Life Vegan Restaurant, in a statement. “As soon as our doors open at ten o’clock in the morning, people are coming in asking for the Legendary Burger. It is guaranteed the best vegan burger on this Earth.”

From Shark Tank to Target

Jumoke Jackson,  Danita Claytor, Duane “Myko” Cheers are the masterminds behind Everything Legendary. They’ve created a flavorful meat brand that has attracted a loyal base of customers from all over the world. The plant-based burgers have even caught the attention of Shark Tank investors Mark Cuban, Lori Grenier, Barbara Corcoran, Daymond John, and Kevin O’Leary.
On season 12 of ABC’s hit TV show “Shank Tank”, the trio pitched their game-changing vegan brand. All the Sharks gave the burgers a thumbs up. But billionaire entrepreneur Mark Cuban was ready to make a deal, giving the trio $300,000 in exchange for 22 percent of the company. Cuban is ecstatic to add Everything Legendary to his portfolio of plant-based brands.
“This is a vegan, flavorful movement that we’re starting right now. And we’re revolutionizing the entire industry,” Duane “Myko” Cheers, co-founder of Everything Legendary, tells Live Kindly. “I believe that our product is better. You guys heard it on Shark Tank. All five sharks shared that this is the best plant-based burger they’ve ever had.”
The meat brand has reached thousands of households within months. In fact, Everything Legendary generated $250,000 in revenue within 24 hours of their Shark Tank episode. Now, more people will have a chance to get their hands on the plant-based options at a local Target.

Everything Legendary burgers are available in the following states:

“If you keep going, and NEVER give up, eventually you’ll hit your target,” Everything Legendary posted on Instagram.