Shaqun Donovan Wants To Lead NYC Out Of The Pandemic 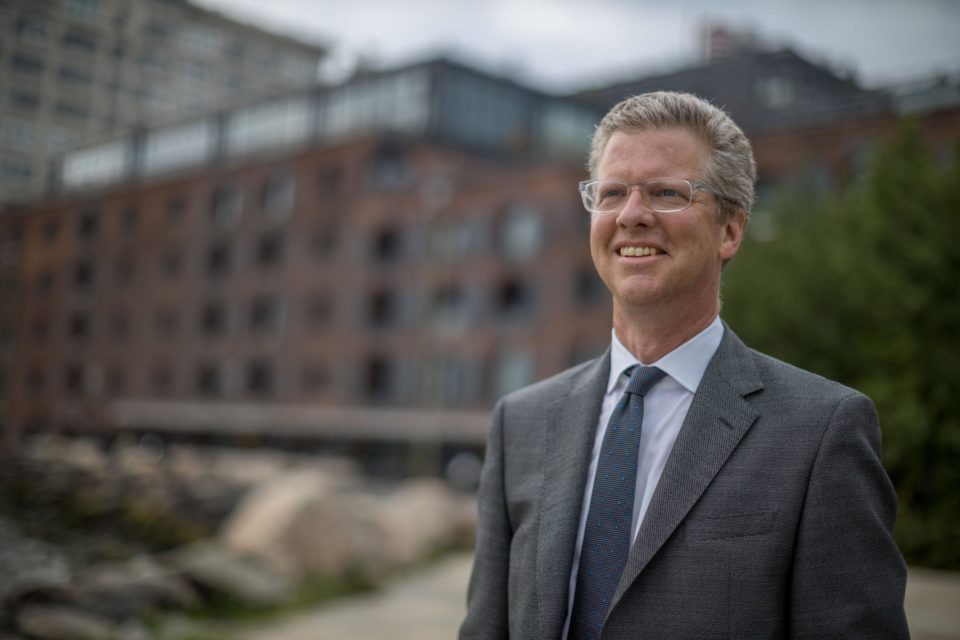 *This is part of a special BLACK ENTERPRISE series on the New York City Mayor’s Primary. BLACK ENTERPRISE will give the top candidates a chance to introduce themselves to our readers and share their agendas with our audience.

Shaun Donovan knows how to work in a time of crisis. Donovan served as former President Barack Obama’s housing secretary at the height of the housing crisis.

Donovan was a pivotal figure in former President Barack Obama‘s cabinet, assisting in turning around the housing crisis and the great recession. Now, Donovan wants to bring that same energy home and create a more equitable New York City.

“I hear this from all the residents I speak to no matter where they live, or the color of their skin, they’re hungry for a mayor who actually has the experience to lead us out of this crisis.” Donovan told BLACK ENTERPRISE. “And no one else in this race has the leadership through crisis that I bring.”

Crisis is exactly what Donovan said he sees today in New York City, but it’s not just the coronavirus pandemic that he sees as the cause of the problem.

“Every issue this city has is an issue of racial equity,” Donovan said. “We need a mayor that understands that. We saw it in who got COVID, who was more likely to die from COVID and who got the vaccine.”

Donovan, who was born and raised on the Upper East Side, saw through his dad’s business that the city is ripe with opportunity. However, he also saw homeless residents sleeping on the streets and communities of color suffering and that is the basis of his Racial Equity Plan.

Donovan’s plan will focus on three goals: Ensuring an equitable COVID recovery, establishing the infrastructure to set and meet goals, and pursuing equity-focused policies as part of every platform.

One of the main initiatives in Donovan’s plan is his Equity Bonds. Building off the work of Sen. Cory Booker (D-NJ), Donovan’s plan will deposit $1,000 into an account for every child born in the city. Depending on the income of the child’s parents, up to another $2,000 will be deposited into a child’s account yearly.

“That means a child born into poverty would graduate high school with $50,000 in an account that they could use to go to college, buy a home, or start a business,” Donovan said. “It is really that disparity in wealth than income and other issues other candidates are focusing on. That disparity in wealth is one of the key drivers of racial inequality.”

The former Director of the Office of Management and Budget, also wants to revolutionize housing in the city. 60,000 residents spend the night in a shelter. Almost a third of New Yorkers (28%) are severely rent-burdened and the city’s public housing system is hurting.

COVID has made all of these statistics worse.

To help homeless city residents, Donovan vows to create a new, flexible rental assistance program that could help up to 200,000 residents per year when fully functional. To boost the program, he will commit $330 million from reducing reliance on shelters with an additional $500 million coming from state-matching funds and another $1 billion from the federal government.

Donovan also wants to improve and strengthen the New York City Housing Authority (NYCHA), by establishing a public housing preservation trust. The nonprofit entity will fully engage residents in oversight of the buildings to ensure residents have a say in where they live. Donovan is also committed to making a historic commitment of $2 billion annually in capital dollars to accelerate repairs in NYCHA housing across the city.

The Harvard graduate also wants to work with the city and state to increase emergency rental assistance. This program will help residents before they get to housing court and an eviction. Donovan plans to expand the city’s Universal Access To Counsel (UAC) program to provide free legal service to income-qualified tenants facing eviction in housing court.

Homeowners in the city have also been devastated by the pandemic and for those who rent properties, the inability to collect rent hurts even more. Donovan promises to expand the capacity of legitimate foreclosure assistance organizations to ensure homeowners at risk of delinquency or foreclosure can get help.

The former housing secretary is also a die-hard Yankees fan, and told BLACK ENTERPRISE he loves to dance. One of his most memorable moments was dancing until 3 a.m at Obama’s second inauguration.

Donovan believes he has the vision to not not only revolutionize housing and racial equity but also criminal justice, climate change, transportation, and nursing homes and elderly care.

“I believe that when New Yorkers look at my record of leadership through crisis, of having actually advanced racial equity and when they look at my plan, they will see that I’m the best candidate to not just repair and rebuild this city, but to reimagine a city that works for everyone.”