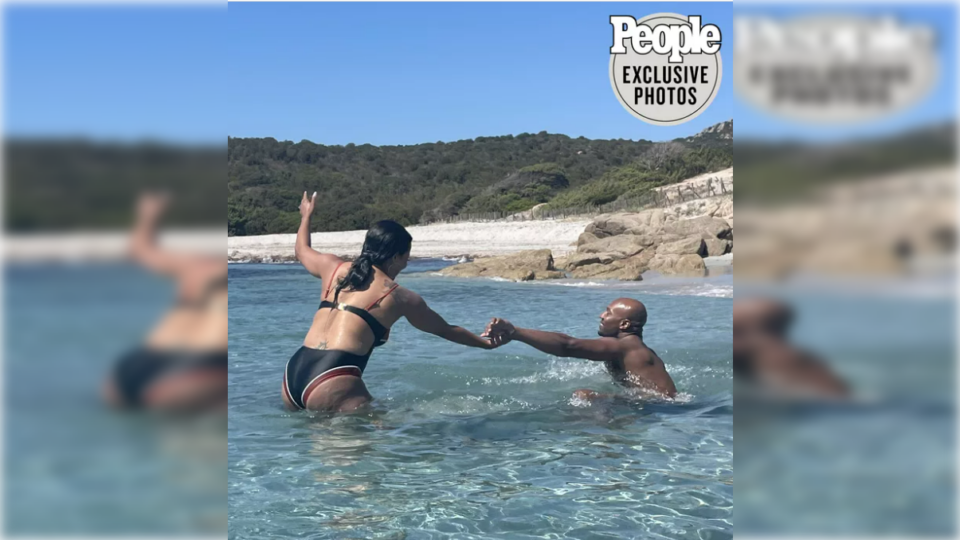 (Photos provided by the Hendersons to People.com)

In May, the former wife of Shaquille O’Neal and Basketball Wives creator, Shaunie, married Pastor Keion Henderson. The new bride spoke to People in an exclusive interview to discuss a recent month-long European yachting adventure with her husband.

The Hendersons started dating in 2019 and got engaged last year in November. The couple had their wedding earlier this year on May 28 at the Aurora Anguilla Resort and Golf Club.

Keion’s birthday falls on July 6, and for his first celebration as Shaunie’s husband, she wanted to surprise him with an excursion on a yacht. She was able to pull it off without his knowledge.

“I was able to get in there and plan an entire honeymoon and birthday for him behind his back. It was something that I knew he hadn’t done before. He absolutely loves the water. So I said, ‘Let’s just go all out.'”

Their adventure out at sea started in Monaco as they ventured down the coast of France and ended the trip in Italy. She shared the excitement of the cuisine served not only on the yacht but in the locales of the places they visited.

“I was excited about the food,” Shaunie stated. “We’re on this beautiful yacht that has a personal chef. They pretty much make whatever we want, but I was more excited to get off of the yacht and venture out in every stop and get to chase their food and go to the different restaurants that are famous in that space. I think I’d have to say my favorite restaurant was Chez Black. I know that’s probably a lot of people’s favorite, but it was the atmosphere.”

The reality show executive was happy she could have him in a position of being served instead of his usual role of serving.

See more of the photos on People.com.