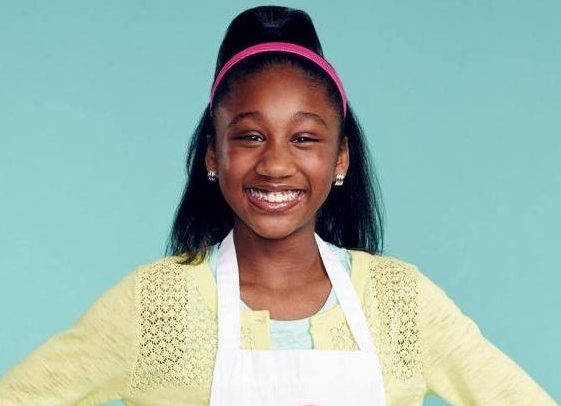 She’s already on her way. The 13-year-old won Season 5 on the hit TV show MasterChef Junior thanks to her cooking prowess.

Now the teen is being tasked with a new challenge—she, along with several other young chefs, will be revamping the kid’s menu for Great Wolf Lodge Resorts.

“They were focused on revamping the kid’s menu,” Stewart says. “We definitely think that kids have a wider palate and want more variety.”

The kids are all part of Great Wolf Lodge’s Junior Chef Council (JCC). The JCC convenes this month to collaborate on the menu, which launches in September.

“We have all been asked to come up with two dishes—one dish that kids could recognize might be chicken nuggets or mac and cheese,” Jasmine explains. However, she says she and the other young chefs will not be afraid to get kids to push their culinary boundaries a bit with the new menu offerings.

Great Wolf Lodge is turning into an indoor water park resort empire with 17 locations across the U.S. The company has launched more upscale food options than are typically found at family-friendly amusement parks such as a farm-to-fork dining experience now at three of its parks.

So from where did Stewart’s passion for the culinary world come and how did she learn to cook at such a young age?

“I learned through my parents. They both have unique and different palates. My dad is from Jamaica and my mom is from Virginia. I asked them if they could teach me the basics. I started making eggs and moved onto pancakes and cupcakes,” she says. “Then I ended up getting into [cooking] as a hobby. The more you practice the more you learn.”

And does she see herself cooking as a career? “I am definitely going into cooking when I get older. I loved being in front of the camera; maybe do a Bobby Flay [style] cooking show.”