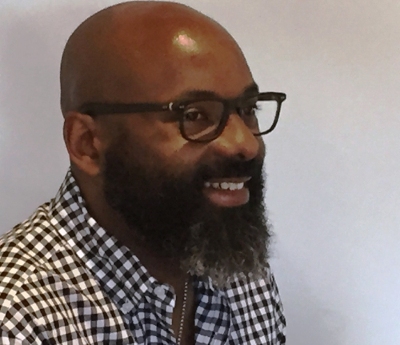 It all started late Monday afternoon. “Shea Moisture was trending on Twitter. Typically, haircare products are not trending topics. However, a new ad from the natural haircare company lit Twitter on fire.

The company’s ad features three women extolling the virtues of Shea Moisture products and how they made them get over their “hair hate.â€ Two of the women are white with straight hair. The third is a light-skinned woman of color with a mane of springy-coiled hair.

The ad was criticized for not representing what many feel are the consumers that helped make Shea Moisture a success–black women with kinky, curly hair textures.

As one comment on social media put it, “BW [Black Women] with 4a-c hair got shea moisture to the superbowl.

The entire debate is a heated yet great lesson in marketing for black-owned businesses. MWB (Marketing While Black) may make your business subject to even greater scrutiny from the black community than if you were a white-owned company.

Black-owned businesses that become huge successes are often posed with a marketing conundrum if that success came from targeting a specific demographic. In this case, Sundial Creations, the makers of the Shea Moisture line, and the relationship it developed with the black community.

It took Richelieu Dennis, the co-founder of Sundial Creations almost 20 years to build the company into the estimated $200 million a year-in-revenue juggernaut it is today. And that success was due largely in part to early loyalty from black female consumers.

We’re all for supporting black businesses, rallying the cry to “Buy Black!â€ We encourage entrepreneurship in our community–knowing that ownership is the true key to wealth and independence.

And when these businesses blow up and attract the attention of consumers of other ethnicities, we expect some loyalty–I loved you in good times and bad.

Sundial Creations attracted so much attention that Bain Capital Private Equity took a minority share in it to accelerate growth even further in 2015.

Investors have requirements. One is typically expanding an investment’s customer base. It makes marketing sense that Shea MoistureÂ creates ads featuring people of various ethnicities and hues in an effort to further diversify its consumer pool.

A Case Study in Marketing

However, we can all agree, the error was in the presentation, if not the intention. The optics in the ad are the problem. And no, daily hair styling issues and not knowing what color you want your hair is not “hair hate” as the unfortunate ad suggests.

What is hair hate is what many black women have pointed out on social media; being mercilessly judged by your hair. This includes losing out on a job position, being told your look is not professional enough, or having some TSA agent’s hands go through your curly ‘fro as you move through a security line in the airport. That’s hair hate.

As a black-owned business, Sundial Creations bears more responsibility of being culturally aware of the needs and experiences of its core consumer demographic. Doing that while also expanding beyond its core market is a tricky dance with no easy moves to map out.

The Shea Moisture Debacle of 2017 will likely be studied very carefully by the marketing industry as more people of color launch successful businesses.