SheaMoisture Partners with Girls With Impact, Kicks Off Benefit Concert 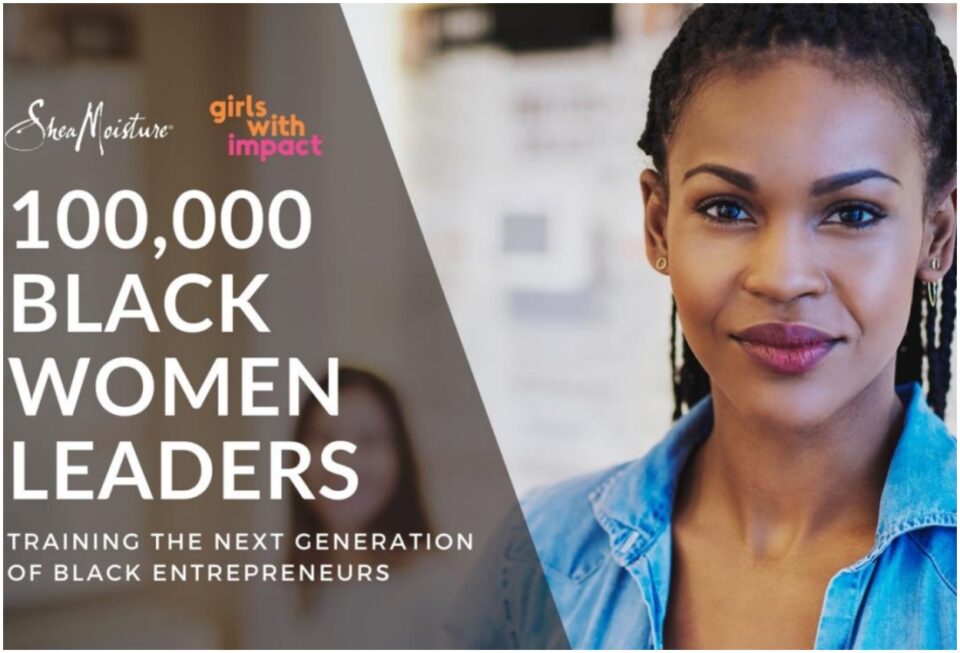 An initiative to train 100,000 Black women in business will officially kickoff at the International Women’s Day Benefit Concert presented by Girls With Impact, SheaMoisture and Live Nation in New York City on Tuesday, Mar. 8, it was announced.

The effort, led by SheaMoisture, calls for educating 100,000 under-resourced, Black women (over the next three years) with Girls With Impact’s business academy.

“SheaMoisture is proud to partner with Girls With Impact ensuring that women of color have the support necessary to see success in their entrepreneurial endeavors against systemic barriers,” said Cara Sabin, CEO of SheaMoisture.

Pointing to the “double whammy” that women of color have faced as a result of Covid – low earnings coupled with job loss, Girls With Impact CEO Jennifer Openshaw said:

“Now more than ever, under-resourced women need a jump-start to their financial and professional lives.”

“Our International Women’s Day Benefit Concert is a powerful opportunity to gather, celebrate women and lift up those who have yet to realize their potential,” she continued.

“We’re calling on other CEOs to join SheaMoisture to make this a reality.”

The Concert – open to the public – will be held at The Town Hall in New York City. Tickets are on sale now. Ticket & sponsorship packages are also available.

Girls With Impact’s business academy, delivered live, online, by business professionals, teaches women the fundamentals of business and graduates them with a business plan and venture pitch. Outcomes include confidence, college and career readiness and professional skills.

The SheaMoisture scholarships will provide Black, under-resourced young women with Girls With Impact’s training, furthering the brand’s longstanding commitment to close the racial wealth gap by supporting the next generation of Black entrepreneurs.