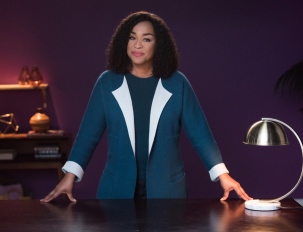 Shonda Rhimes is best known as the creator, head writer, and executive producer of three hit television series–Grey’s Anatomy, Scandal, and How to Get Away With Murder–under her ShondaLand production company banner. The queen of Thursday night and creative force behind some of television’s most popular shows will offer a writing for television course on the MasterClass online platform.

For the first time, Shonda Rhimes will give students an intimate, instructional look into how to write a script, pitch a pilot, and run a writer’s room. The class will include over five hours of lessons, along with exclusive access to the Grey’s Anatomy story bible, scripts of Scandal, and much more.

Rhimes on Being an F.O.D.

Rhimes is a rare breed among African American television showrunners–particularly,Â  African American, female, head honchos. She made history as the first African American woman to create and executivelyÂ produce a top-10 network series, with the hit primetime show Grey’s Anatomy. The TV powerhouse also is one of ABC’s top earning executive producers.

In the past, Rimes has mentioned that she has had to work four times as hard as her peers, while also addressing the pressure of being an African American, female, showrunner–or what she calls an “F.O.D.”: First Only Different. In her self-help memoir, The Year of Yes, Rhimes writes, “When you are an F.O.D., you are saddled with that burden of extra responsibility, whether you want it or not.” She felt the pressure when she dodged reporters’ questions about diversity or race. “You can’t be raised black in America and not know,” she writes. “This wasn’t just my shot. It was ours.”

She further explains, “I was doing a thing that the suits had said could not be done on TV. And America was proving them wrong by watching. We were literally changing the face of television. I was not about to make a mistake now. You don’t get second chances–not when you’re an F.O.D. Second chances are for future generations. That is what you are building when you are an F.O.D–second chances.”

MasterClass provides classes from world-renowned instructors, making it possible for anyone to learn from the best online. Each class offers a unique learning experience, which includes video lessons from the instructor, interactive exercises, course materials, peer interaction, and more.