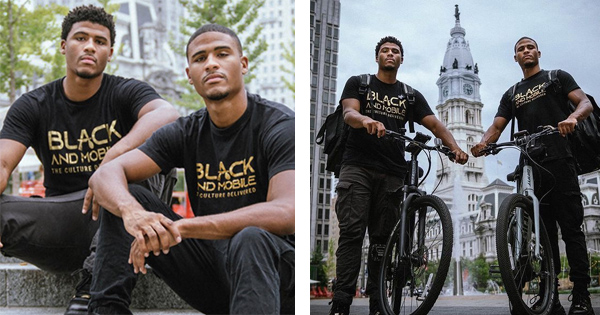 It has only been just 3 years since twin brothers David and Aaron Cabello launched Black and Mobile, the first Black-owned delivery service, and they have already expanded to 4 more cities and they plan to add more.

Black and Mobile was founded in 2019, initially offering services only in Philadelphia. Since then, they exclusively partnered with Black-owned restaurants in the community to provide them with advanced technology and connect them with more customers.

In 2020, the company expanded its services to Atlanta and Baltimore. Most recently, they also brought the business to Los Angeles and New York City, having five cities in total so far. Now, customers in those cities can support Black-owned restaurants by ordering food through Black and Mobile and having it delivered to them.

“We are thrilled to bring Black and Mobile to the two most populous cities in the country,” David said in a press release, according to Travel Noire.

“We started Black and Mobile to give exposure to Black-Owned restaurants by supporting black food entrepreneurs and connecting their culture to the surrounding community, and these two new cities will allow us to continue doing so at scale.”