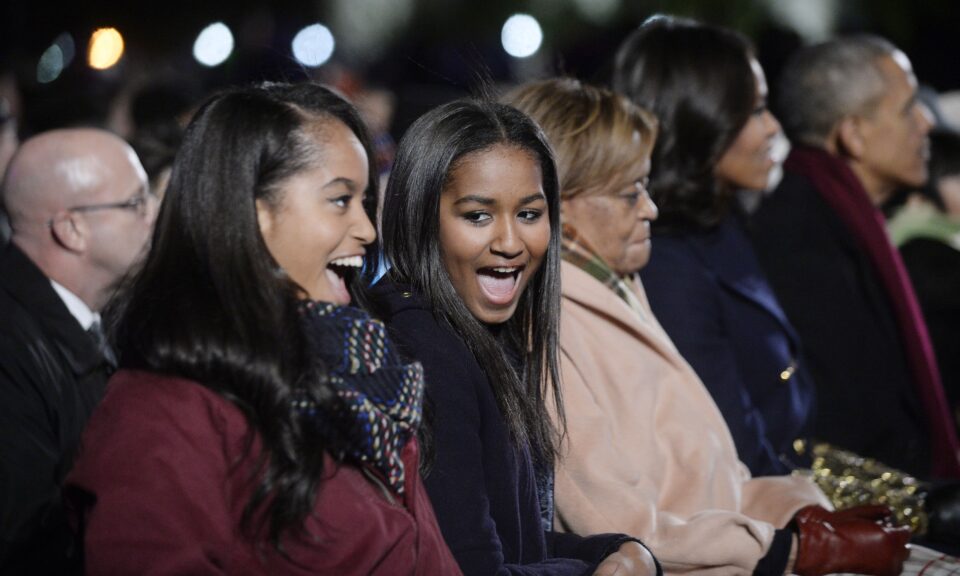 Malia and Sasha Obama are growing up fast, and figuring out adulthood as a sisterly unit.

Michelle Obama, 58, appeared on the Today show on Monday, where she told Hoda Kotb and Jenna Bush Hager all about her daughters’ current living situation. According to Michelle, since leaving home, Malia, 24, and Sasha, 21, have decided to become roommates.

“We were going to take them to dinner, and they said, ‘Why don’t you come over to our spot for cocktails?’” Michelle recalled her and Barack’s first visit to their daughters’ shared home.

“And we were like, ‘OK, let’s see what this is going to be like.’ The martinis were a little weak. I don’t think they really knew what it was.”

The funniest part of the visit, according to the former first lady, was Sasha and Malia asking their parents to use coasters and not set their drinking glasses directly on the table.

“I’m like, ‘You never used a coaster in my house.’ So now when it’s your stuff, you want to take care of it?” Michelle joked.

The mother of two said she enjoys seeing her daughters develop a closer bond, after admitting that there was a strain between Malia and Sasha, growing up.

“The thing that I love the most is that those two girls are each other’s best friends,” she said.

“There was a period of time when they couldn’t stand each other, and I said, ‘You wait, you are going to wake up one day and you’re going to look over at that other person, and you’re going to know that you two share something very unique,’ especially given what they’ve been through.”

Michelle said seeing her daughters “in that place where they’re one another’s support systems and they’ve got each other’s backs, it’s the thing that a mother would want.”

The sisters relocated to Los Angeles amid Malia’s work in television, while Sasha attends the University of Southern California. The duo is also dating boyfriends in the area, with Sasha dating fellow USC student Clifton Powell Jr., a basketball player-turned-director and son of actor Clifton Powell.