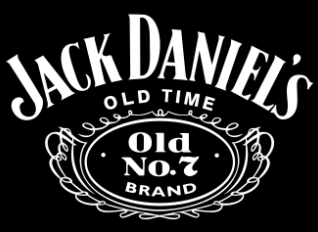 The slave who helped craft Jack Daniel’s, the most successful American whiskey of all time, is finally getting his due recognition.

Although Jasper Newton “Jack” Daniel is credited with inventing Jack Daniel’s in the 19th century, the company revealed last year that Daniel learned the trade of whiskey making from a slave named Nathan “Uncle Nearest” Green. (Green’s nickname is often incorrectly misspelled as “Nearis.”) Daniel then went on to open the Jack Daniel’s Tennessee whiskey distillery in 1875, where Green worked as the master distiller until at least 1881.

New York Times best-selling author Fawn Weaver says she discovered the story of Green from an article published by The New York Times that moved her to dig more into his history. That’s when she learned that Green was not the only African American involved in the process of distilling Jack Daniel’s whiskey. In fact, generations of Green’s descendants worked together with the Daniel family to make the iconic whiskey decades later. Some of Green’s offspring still work in the whiskey industry today.

Now, Weaver will dedicate a book, memorial park, street naming, and museum to pay tribute to Green’s legacy. She also plans to set up a college scholarship fund for his descendants.

“When Fawn contacted us, we were excited to hear that someone was bringing to light all of this information about our family,” said Mitchell Green, a relative of Green, in a statement. “Until now, only our family and a small community were aware of the impact our ancestor had on the Tennessee whiskey industry.”

According to a press release, Weaver and her husband have purchased the farm where the original Jack Daniel’s Distillery was located and have set up The Nearest Green Foundation to ensure that Green’s story “will never again be forgotten.”

“Already in the works are artifacts being placed on permanent loan to the Smithsonian National Museum of African American History and Culture in Washington, D.C.; plans for a museum in Lynchburg dedicated to the history of Tennessee whiskey; the renaming of a street to Nearest Green Way; the Nearest Green Memorial Park in Lynchburg; a book scheduled for completion this year; an improvement project at Highview Cemetery in Lynchburg, where Green is believed to have been buried; and a scholarship fund to benefit his direct descendants. The scholarship’s first recipients are Matthew McGilberry and Marcus Butler, both attending college this fall,” reads the press release.

“To correct the record, Weaver has written a new foreword and preface for Jack Daniel’s official biography, “Jack Daniel’s Legacy,” which will be republished this month in honor of the 50th anniversary of its original release.”

To top it off, Weaver will release a handcrafted, ultra-premium Tennessee whiskey called Uncle Nearest 1856 later this month.

“When I met with the descendants of George Green, the son most known for helping his father, Nearest, and Jack Daniel in the whiskey business, I asked them what they thought was the best way to honor Nearest, said Fawn. “Their response was, ‘No one owes us anything. We know that. But putting his name on a bottle, letting people know what he did, would be great.'”