Indicators Point to A Rise in Small Business Lending 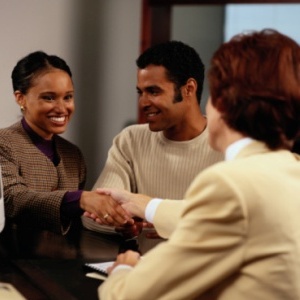 It appears as if banks are loosening their grip and are lending again to small businesses. Entrepreneurs report they are finding it much easier to get loan and credit line increases. Banks haven’t eased up to the lending of pre-recession years, especially when it comes to new or early stage businesses. But post-recession lending is up, a hopeful sign that small businesses will be able to borrow much needed capital to expand and hire workers.

Evidence that small business lending has improved is piling up, reports the Associated Press. Banks had $287.64 billion in outstanding loans to small businesses as of Dec. 31, up 1.4% from a year earlier, according to the Federal Deposit Insurance Corp. In January, the dollars loaned to small businesses by banks, independent commercial finance companies and corporations, increased 4% from last year, according to Thomson Reuters and PayNet. And a February survey by Pepperdine University’s Graziadio School of Business and Management found that 39% of small business owners who applied for bank loans in the previous three months were successful, up from 34% in a survey taken in October and November.

Small business owners have reported faster turnaround times in getting loan approvals, whereas it now takes two to three months compared to nearly 8 months over a year ago.

Small-business loans at Wells Fargo rose 18% last year, according to Lisa Stevens, head of small-business banking for the San Francisco-based bank. Companies’ sales and cash flow are improving as are balance sheets, Stevens told AP. The bank is offering credit-line increases if Wells thinks owners are positioned to handle the debt.

Companies with healthier finances and carefully thought-out expansion plans have convinced Providence, R.I.-based Citizens Bank that they are good loan risks, according to Quincy Miller, head of business banking. Citizens lent 10% more money to small businesses last year than in 2012.

Less rancor in the federal government has made banks more confident about extending credit, noted Jeff Stibel, CEO of Dun & Bradstreet Credibility Corp. When bickering in Congress shut the government down and put it on the verge of defaulting on its debt, banks recoiled. Since the shutdown ended in mid-October, there has been relative peace in Washington and money is flowing again.

Some owners find they have an easier time at smaller banks, reports AP. Keith Miller applied for loans his Minneapolis businesses, Pampered Pooch Playground, a doggie daycare center, and two self-service dog wash stores. He was turned down by three big banks – even by the one where he does his personal banking. One offered no reason. Another called his business too risky.

But Miller landed loans totaling $155,000, from a small bank. He thinks the loan officers there were able to see the potential of his businesses. “Their rates are higher (than big banks’),â€ he said, “but it’s worth it knowing that they’re able to look out of the box and say you’re a good risk.”

FacebookTwitterYoutube
← For Greg Anthony at the Final Four, Another Unforeseen Milestone ← 5 Golden Rules of Customer Retention
×