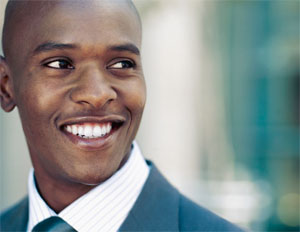 The results are in from the first annual Â Yodle Small Business Sentiment Survey.

“We have served small businesses for eight years and always want to stay as informed as possible so that we can best understand their state of mind and challenges,” saidÂ Louis Gagnon, Chief Product and Marketing Officer at Yodle.

The most significant findings from Yodle’s Small Business Sentiment Survey include:

1) Small business owners reported significant personal and professional worries.Â  The top three personal concerns for SMB owners are affording healthcare (48%), saving for retirement (46%) and providing an adequate lifestyle for their family (33%). The top three professional worries are finding new customers (42%), affording healthcare and other employee benefits (39%), and keeping current customers (33%).Â  More than 6 in 10 respondents (61%) also stated that they think that the Affordable Healthcare Act will have a negative impact on small businesses.

2) Despite their concerns, survey respondents are happy to be small business owners and generally want to maintain that status. More than nine in 10 of respondents (91%) are happy that they became SMB owners including over half (55%) who are “extremely happy.” A majority of SMB owners (59%) also shared that they would likely not consider selling their business over the next few years, indicating optimism and satisfaction.

3) More than half of small business owners seem to have a decent work-life balance. 52% of SMB owners work 40 hours or less and almost three in four (72%) take at least two weeks of vacation per year. More than one in four (27%) SMB owners actually take four or more weeks of vacation per year. However, almost four in 10 (39%) SMB owners work 41-60 hours per week and almost one in 10 (9%) work over 60 hours a week.Â  Additionally, just 11% of small business owners don’t take any vacation.

4) Most small business owners are dissatisfied with the support they receive from the federal government and other institutions. Almost three in four SMB owners (73%) believe that the federal government is more of a hindrance than a help.Â  Although some SMB owners identified several institutions as helpful, e.g., trade associations (34%) and banks (26%), almost four in 10 (39%) don’t think any organizations — including those specifically established to support them — are useful.

5) Many small business owners are still not adopting modern technology and marketing approaches. Although just over one in two SMB owners (51%) use technology to help with accounting operations, this dwarfs technology utilization for appointment booking and scheduling (39%), customer relationship management (34%), point-of-sale systems (25%), and acquisition marketing (14%). Additionally, more than half of SMB owners do not have a website (52%) or even measure the results of their marketing programs (56%).

For more findings from the survey, go toÂ http://www.yodle.net/files/smb-sentiment-report.pdf.