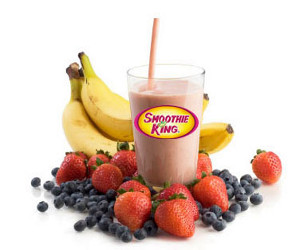 Smoothie King today announced the opening of the first of several international locations they plan to open in Singapore, Southeast Asia and China over the next three years.

Started in New Orleans in 1973 by Steve Kuhnau, the popular franchise has grown to include over 600 locations in the continental U.S., Cayman Islands and in Korea. The Singapore location is part of their plans to open 1,000 new domestic and international locations by 2017.

The store will be located in The Centrepoint — a popular shopping mall in Singapore. To celebrate and promote this opening, the company has launched two competitions for locals with prizes including a trip to Korea.

The new store will host a modern cafÃ© style similar to the layout and feel of Smoothie King’s currently operating in Korea.

“We have found huge success in Korea, with our stores outperforming popular coffee shops,â€ said Smoothie King CEO Wan Kim via press release. “There are currently no smoothie chains leading the international market, specifically in Asia…We look forward to opening more stores like this in Asia as well as in the States.â€