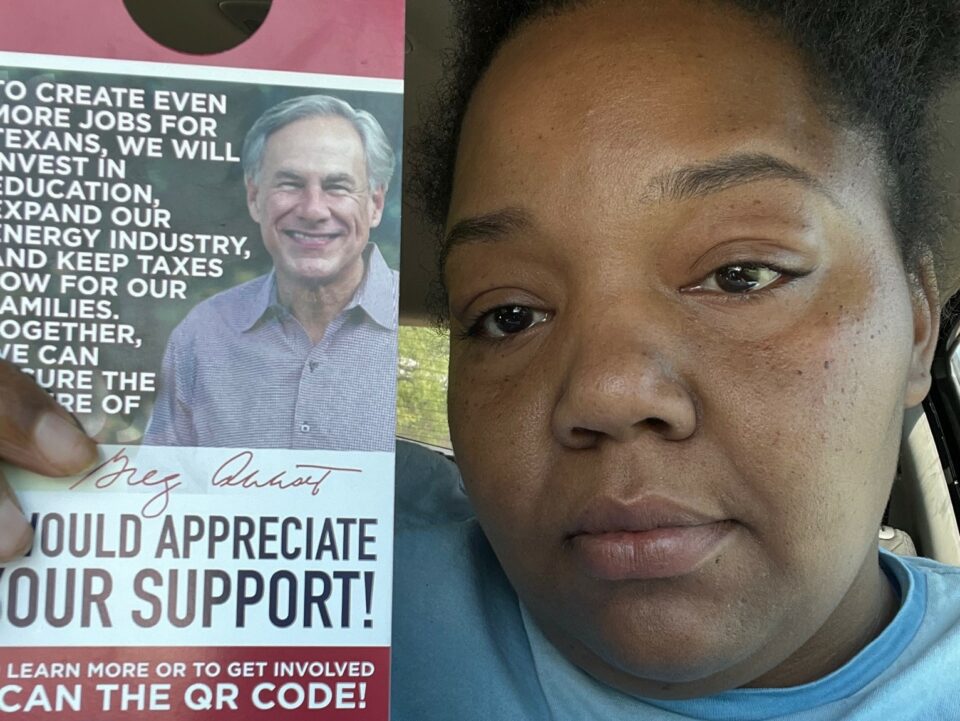 Monique Dawson, a former canvasser for Governor Greg Abbott’s election campaign, says she was fired after she was recorded laughing with a resident who said they would “absolutely not” be voting for the Texas Republican in the upcoming election.

The video was initially posted on Twitter by former Colleyville Heritage High Principal Dr. James Whitfield, Chron.com reported. Dawson was filmed by a Ring doorbell camera approaching a home, and posing a question to the man who answered the door.

“I’m volunteering for Greg Abbott, and we wanted to know if he could count on your support in the upcoming election?,” Dawson asks in the video.

Dawson burst into laughter, and said, “Everybody’s gotta have a job, sir” before walking back to her vehicle.

After the video clip surfaced online, it went viral amassing over 3 million views to date.

In the Twitter post, Whitfield maintained his stance that he will be voting for Abbott’s Democratic opponent Beto O’Rourke, writing “She asked the question. I just kept it 100. I’m runnin’ with a leader who’s filled with courage, conviction, compassion, empathy and integrity.” He later added that he “did my best to temper my response.”

She asked the question 😬

Dawson, a mother of five children, was hired by a firm called Arizona Grassroots to serve on Abbott’s campaign, Business Insider reported. She had no clue a video was circulating of her online until she was informed at work.

On Saturday, she reacted to the viral video on Twitter on Saturday, saying: “I just saw the look on his face and it was pure amusement. I couldn’t hold in my laugh to save my life, and they fired me.”

As she seeks a new job, Dawson set up a GoFundMe page to cover billing expenses, claiming “social media cost me my job.”

“If you can spare a $1 or 2 it will add up and replace what I could have been earning as a campaigner. Bills are due and I have no other source of income outside this job,” Dawson wrote on the page.