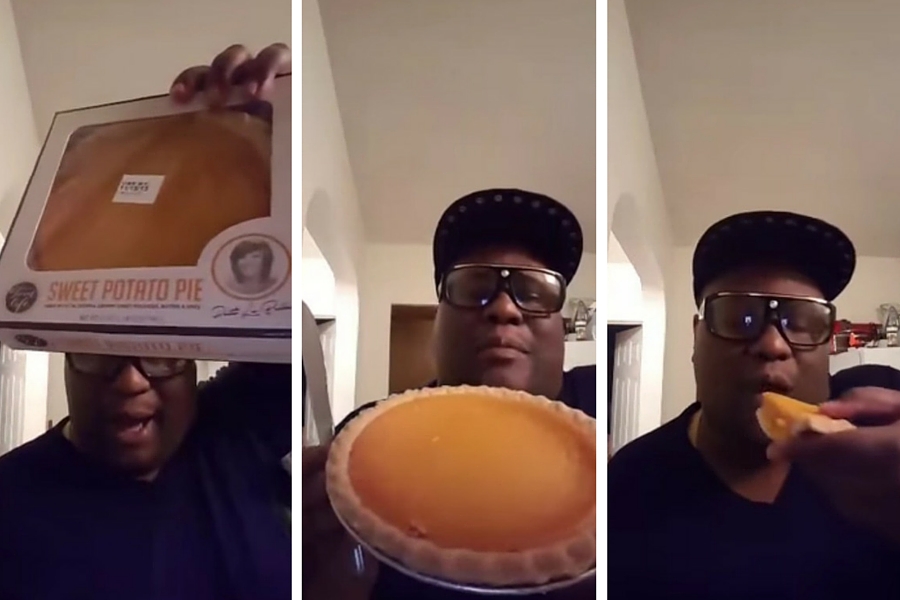 In a passionate YouTube review, social media influencer James Wright gave his viewers a reason to run to Walmart and stock up on Pattie LaBelle‘s sweet potato pies. Now, he wants his coins for the record-breaking sales after his video went viral.

According to CNBC, John Forrest Ales, director of corporate communications at Walmart, confirmed that the mega retail giant sold one pie per second for 72 hours immediately after Wright’s video took off.

However, Wright shared that he did not get paid for his contribution to the spike in sales during a discussion on Fox Soul’s Turnt Out With TS Madison, News Onyx reported.

Wright told host T.S. Madison that Walmart promised him a host of things, but “they didn’t do nothing.”

At the time, Wright was advised by a woman in Walmart corporate that he could take legal action against the retail store for not being compensated. Her advice was on the basis that Walmart was aware that Wright’s video helped LaBelle’s pies become a hot commodity. But Wright decided not to make a move.

“I just be feeling that I’m blessed, I’m happy, I’m blessed, the joy of the Lord is my strength, and I just be feeling that I’m at peace with everything,” Wright said. “I got to a point where I was just over it. I wanted to be mad, I wanted to be upset, and I was mad, and I was upset, but I couldn’t hold on to that stuff. I had to let that go for me.”

In 2015, Wright’s video garnered over five million views due to his enthusiastic singing while trying out and reviewing LaBelle’s pies, BLACK ENTERPRISE previously reported. He serenaded his viewers with some of LaBelle’s popular songs like “When You’ve Been Blessed (Feels Like Heaven),” “On My Own,” and “Isn’t It a Shame.”