Social Media Masters and Gurus Should Have A Seat 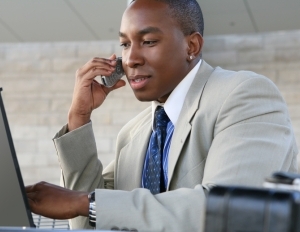 "Trust me, Baby. I'm an expert on EVERY platform. Let me show you how its done."

This just in from Ad Age: Apparently social media is being overrun by gurus, evangelists, masters, pros and ninjas. Of course, this is not really news to those of us who spend a lot of time on social media platforms, but this article reports that more people than ever are describing themselves using these terms, according to FollowerWonk, a Twitter analytics app.

I refer to myself as a social media enthusiast. I think it’s ridiculous when someone calls themselves a social media “guru” or “master”; those are things you inspire followers/emulators/students to call you, not something you call yourself. (Correct me if I’m wrong, but not even Jesus Christ ever referred to himself as a guru.) Similarly, I have a Twitter list of those I consider to be ninjas, but I’d never refer to myself as one. Ninjas don’t declare themselves so; they just are. The whole point of being a ninja is that your presence and actions are effortless and all but imperceptible to the untrained eye. You can’t be “silent, but deadly” by going around announcing your ninja status.

I’ve been active in social media since 1999. (BlackPlanet.com, holla! It’s been years since I’ve visited my place in “the projects.” Have they been torn down yet?) However, since social media is constantly changing, evolving and being reinvented by its users and owners, I don’t believe in so-called “veteran” status. The Twitter I joined four years ago is not the Twitter I am using today (ditto LinkedIN and others), so the value of social media “seniority” is dubious at best.

I apply a similar standard to “experts.” Saying you are a social media expert without qualification is like saying you’re an expert on vehicles, as if cars, space shuttles, motor cycles, skateboards and hang-gliders are all the same thing. The person who claims to be an all-inclusive expert on Twitter, Facebook, Google+, YouTube, Pinterest, Instagram and every other platform they have a profile on is either deluded, a scam artist, or both. LinkedIN expert? Okay. Social media expert? Don’t make me have to block you. I’m sure there are exceptions to this rule. But the problem with exceptions to the rule, as my partner Zara Green is fond of pointing out, is that everybody thinks that they’re the exception.

And “evangelists”? Really? I mean, is it 2004? Isn’t being a social media evangelist in 2013 the equivalent of preaching the merits of smartphones over land lines? How many people really need you to lead them to the promised land?

As for “pros”, my standard is pretty straightforward. If you get paid to engage in social media (enough to make a living or at least supplement your income), social media proficiency is a non-negotiable requirement of your job, or you otherwise generate consistent revenue directly from your social media efforts and knowledge, you’re a pro. Even if you’re only the one-eyed person among the blind. Other than that, you’re like me: An enthusiast.

For many of us enthusiasts, being a joyful and ambitious participant in social media can be a lot like being an old-school rapper (think LL Cool J’s “I’m Bad!”); a little bragging and hyperbole about your skills is part of the fun. (“I tweet bombs like Hiroshima!” Yeah, I tweeted that.) You might even be a particularly talented and experienced practitioner, widely admired for sharing great content and using social media in new and imaginative ways. And I know many people (my designated Twitter ninjas among them) who continue to teach and inspire me about the possibilities of Twitter, LinkedIN and other platforms and tools. But forgive me if I am skeptical, at best, of anyone who can call themselves a guru with a straight face. Sorry, but to use one of my favorite hashtags, #Icanttakeyouseriously.

Author’s Note: If it slowly dawns on you that you’re dead, you’ve learned the truth: I really am a social media ninja.