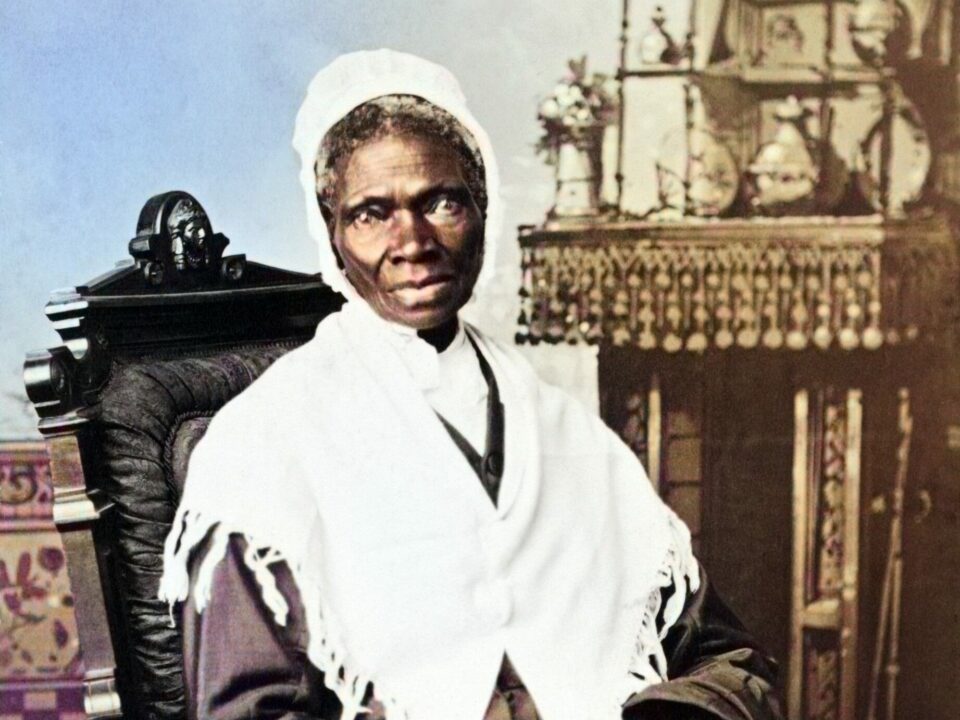 Three quarter length portrait of civil rights activist Sojourner Truth wearing a shawl and seated in a chair, 1870. Note: Image has been digitally colorized using a modern process. Colors may not be period-accurate. (Photo by Gado/Getty Images)

Truth’s case marked the first time in history a Black woman successfully sued a white man for a family member’s freedom. Folts discloses that the documents can further explain the history of slave laws in New York and exposes the painful realities of slavery throughout all the regions in the United States. He also notes that the documents reveal some of the missing and inexplicable details about Peter’s life, which helps for accuracy purposes.

In the 18th century, New York was a major slave port for the western world. Although Truth was considered a free woman in the 19th century, her five children were still enslaved. Her youngest son, Peter, was an indentured servant at five years old to Truth’s former master in New York, John Dumont, who sold him to Eleazar Gedney of Newburgh, New York, for $20. According to Three Village Historical Society, Truth later discovered that Solomon Gedney had illegally sold her son to his brother-in-law in Alabama.

Upon discovery, Truth sought proper legal counsel and filed a deposition under her former name, Isabella Van Wagenen. The People v. Solomon Gedney proceedings began on March 1, 1828, which cited a Gradual Emancipation act that freed slave children born after July 4, 1799, but indentured them until they were young adults. Peter was born in 1818.

According to CNN, the uncovered documents also revealed that the Alabama owner was prosecuted for kidnapping, but he returned Peter severely beaten, according to court records.

A response from Peter’s owner in New York was also recorded in the documents, alongside the official court order freeing Peter from bondage.

“It’s a document that has been lost. The document is new to historians,” said Folts about the deposition, according to Times-Union.