Son of Former Slave Daniel Smith, Who Fought For Freedom, Dies at 90 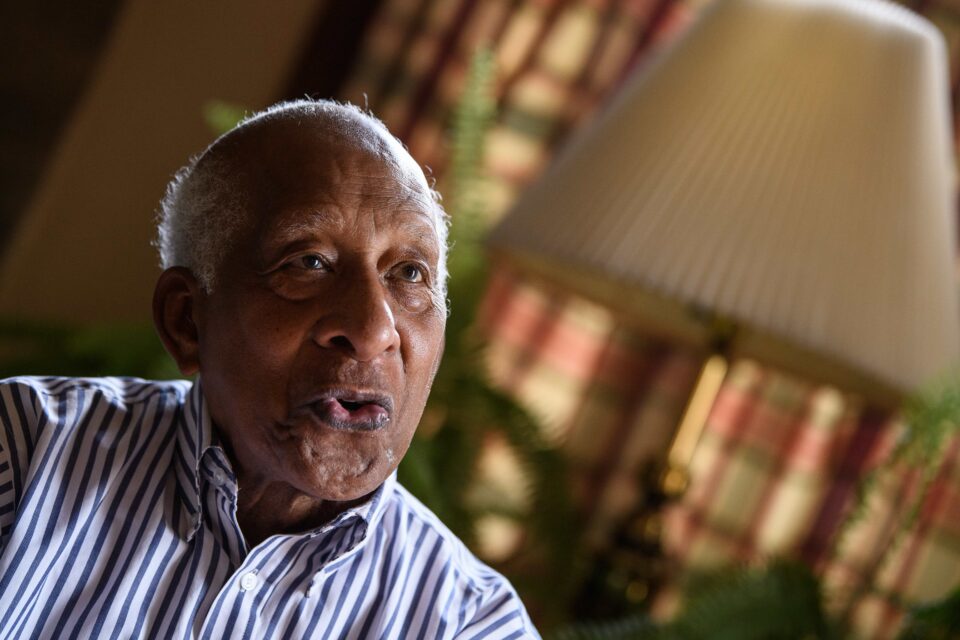 Daniel Smith, 88, son of a former slave, speaks to AFP at his home in Washington, DC, on August 5, 2020. - Smith has witnessed defining moments of America's fraught battle for racial equality. He escaped the clutches of the Ku Klux Klan in the Deep South, marched on Washington with Martin Luther King Jr, and attended the inauguration of the first black president, Barack Obama. Smith also represents a difficult-to-comprehend living link to the nation's darkest chapter: his father Abram Smith was born the property of a white man in Massies Mill, Virginia in 1863. (Photo by NICHOLAS KAMM / AFP) (Photo by NICHOLAS KAMM/AFP via Getty Images)

Civil rights activist, Daniel Smith, whose father was born in bondage in the early 1860s, has reportedly passed away at age 90.

The Connecticut native died Wednesday night in a hospice in Washington, his wife, Loretta Neumann, revealed, CBS News reported. She said his daughter April and son Rob joined him by his side.

To reflect on Smith’s life is to pay tribute to his journey unraveling his father’s stories and pursuing the fight to end systemic discrimination. His attendance at the inauguration of the first Black president, Barack Obama, and photos with civil rights leaders speaks to his commitment.

Born on March 11, 1932, Smith was the fifth of six children, his father Abram had with his second wife, Clara. His early years were filled with curiosity, as he would overhear his father recount the dark days of slavery and the suffering his ancestors endured.

“We are survivors,” Smith said in a past interview, per the news outlet.

At night, Smith would sneak out of bed to hear the stories only his older siblings were allowed to consume. From lynchings to horrid punishments, the stories were gruesome.

He recalled: “Father said, ‘You could hear them screaming and crying at the whipping post.’ But the interesting thing: my father never allowed you to talk negatively about America.”

The lessons he learned in his father’s retelling of these painful stories helped him navigate the rest of his life. He enlisted into the Army, where he served as a medic in Korea and returned home to complete college. Upon his return, he was also revered as a hometown hero in 1955 when he rescued a truck driver from a hurricane-swollen river.

Abram instilled in his son that he would be great in this new era, but the color of his skin would remain a target for discrimination.

“He grabbed me and shook me. He said, ‘You have nothing to cry about. This is America. We came from the strongest of the strong. We survived the ships,'” Smith said.

“He gave me the signal to be strong and to survive,” he added.

After college graduation, Smith and a Jewish friend attended the March on Washington to witness King’s “I Have a Dream” speech at the Lincoln Memorial in 1963, per AFP News. His pursuits in activism followed him to graduate school in Alabama, where he fought valiantly for voting rights.

However, his fight came with obstacles. He was up against the Ku Klux Klan, who torched his office building, and attempted to chase him off a road one night while driving.

By 1968, Smith made a life in Washington as a federal worker. He founded a national training program for primary care physicians that still operates today. He went on to retire in the 1990s, and served as an usher at the National Washington Cathedral, where he met Barack Obama.